Getting Compensation for Your Lost Wages

If you have been injured in a motor vehicle collision in Maryland, you can collect from the at-fault insurance company even if PIP pays your lost wages. In fact, you can also collect lost wages even if your company pays you for the missed time. 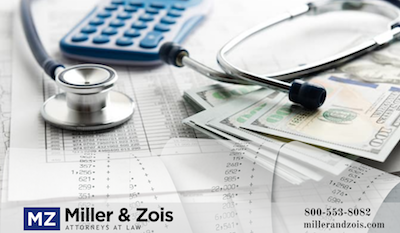 This is possible under Maryland law because PIP payments and/or your company paying you in spite of your lost time is considered a collateral source.

Under the collateral source rule, payments received by the plaintiff in a Maryland accident case are not considered in determining the at-fault party's obligation. Accordingly, the individual or company is liable to the injury victim in Maryland for the total amount of the lost wages lost in the accident.

Does Maryland Law Allow for Recovery for Lost Wages in a Tort Claim?

In personal injury cases, plaintiffs are entitled to get all "damages naturally or necessarily flowing from the wrongful acts of the defendants" that are foreseeable. This means you can get compensation for the wages you would have made but were unable to make because you were injured.

But predicting lost income is not easy. It is sometimes very hard to make predictions about the future that is not just raw speculation. As a result, there is often a lot of real estate between the best and worst case scenarios. Where a settlement or verdict falls into between those extremes is often a matter of the best lawyering.

Can I Make a Lost Wage Claim to Care for My Injured Child in a Tort Claim?

Maryland law allows parents to compensation for the value of care rendered to an injured child. So parents forced to care for their children injured by someone's negligence can recover the reasonable value of the care provided to the child that go beyond the things that a parent would ordinarily be required to do for the child. Can you get more than the value of the care if your salary is higher than that of the caregiver your child would need? Maryland law is unclear at this point.

Can I Get Lost Wages for Time Missed from Doctor's Appointments?

Yes and no. Maryland law seems clear that these are lost wages that are compensable in a personal injury claim. Over 40 years ago, the court found that a spouse's costs of providing transportation to the victim were recoverable because it is a foreseeable consequence of the defendant's negligence.

This is a winning argument at trial. For settlement purposes, most of the insurance companies with a big market share in Maryland are not going to provide fair compensation for this portion of your claim.

What Is the Collateral Source Rule and Why Is It So Important?

The collateral source rule is also an evidentiary rule that bars Maryland car accident attorneys representing defendants from introducing evidence to show that a personal injury plaintiff has received collateral source benefits such as lost wages that were paid by a third party. This is counter-intuitive for many. Insurance companies take advantage of this when negotiating claims directly with victims. 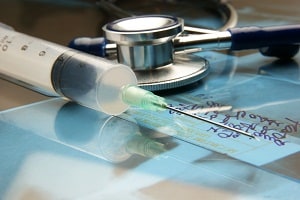 The same logic holds true in Maryland for medical payments that were made by PIP or by your health insurance company. For example, an injured individual's health care coverage usually pays the victim's medical bills. Under the collateral source rule in Maryland, if the accident victim brings a lawsuit against the defendant in a personal injury case seeking compensation, including payment of medical bills.

Defense counsel in Maryland cannot tell the jury that the bills have already been paid by another source. However, once the jury makes an award to the victim, including the accident victim's medical bills, the health insurer can exercise its subrogation rights and recover from the defendant (or the accident victim, if an award has been made) for monies paid for the victim's medical bills. When health insurance companies do assert their subrogation rights, our Maryland accident lawyers will fight the health insurance companies to reduce your medical liens which will increase your compensation.

The system we have in Maryland makes sense because the collateral source offsets shift billions of dollars per year in Maryland accident costs caused by the negligent car and truck drivers, taking a burden off the health insurance system. If this rule were altered, instead of at-fault drivers bearing the full burden of these accidents, taxpayer-funded programs, such as social security and policyholder funded health insurance plans, will be forced to pay this cost (increasing everyone's already growing health insurance costs). In spite of this, it seems that almost every year someone introduced a bill in the Maryland assembly to reduce or eliminate the collateral source rule.

Self Employed Client: Can They Get Their Lost Wages?

Lost profit damages must be proven with “reasonable certainty.” This can be a tough issue to negotiate. Insurance adjusters in auto accident cases tend not to accept the client’s word about the losses due to a self-employed business owner’s inability to work. Proving these damages can be a little tricky, depending on the nature of the client’s business. For example, if the client takes a salary, that can be easily proven using the same evidence that you would use for any wage claim. Income tax returns also make a strong lost wage case and it is pretty simple: take what the client makes in a year and figure out his lost wages. (If the client loses business opportunity from the accident, that is a far more complicated issue that would require a separate section.) 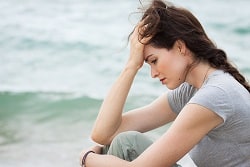 At the other end of the spectrum are clients who operate smaller businesses, work on a cash basis, or depend on seasonal revenue. Generally, adjusters would like to see the last few years’ tax returns. Take the yearly gross earnings, and determine the corresponding amount for the period the client was unable to work after the accident. For a seasonal business, pay attention to use the earnings amounts reported for prior periods that correspond to the same time of year that is being claimed. The lost income from a Christmas tree farm will be different in July than in December.

Some situations don’t fit these categories. For example, consider a self-employed client who is temporarily completely unable to operate the business because of injury. The correct measure of damages is the lost profit during the period of disability. The lost gross earnings are inaccurate because they do not account for the expenses not incurred while the client was not operating the business. To prove this kind of a claim you will need the expense and earning reports for a comparable prior period so that you can demonstrate the lost profit due to the injury. Also be sure to document the cost of any replacement help retained. The key is that having some reasonable documentation of the loss will help in securing an offer on the lost income claim even if it is less than the loss claimed. A wage claim lacking a paper trail will almost always be denied in settlement negotiations.

New Businesses: Can There Be a Viable Lost Wage Claim?

Also problematic is the issue of a new business. Where there are no records from prior years to use as a point of comparison, counsel will have a difficult time proving what was lost. Because there is no way to tell if a new business will succeed or what the profits would be, if any, such a claim may be deemed speculative.

So the insurance companies lawyers are going to make two arguments. First, they will say you can put lost profits in front of a jury because there was no evidence the business had any history of success. Second, they are going to argue that it is too speculative to guess what those future claims might be.

But good lawyers make the best claim that they can and see where the chips fall. Typically, hard to prove lost wages claims are won at trial or by settlement after a lawsuit has been filed. You are not going to get these kinds of hard to prove damages without filing a lawsuit.

If you are a Maryland lawyer in a lost wages battle for your client, read Anderson v. Litzenberg which is very favorable for us.