Fighting Insurer Could Be More Lucrative

Rachel Mould won a victory against her auto insurer this week, but not as big a victory as state motorists could get in future.

The insurer had only offered Mould $17,000 following an accident involving an underinsured motorist. When she fought the company in court, she recovered the full $80,000 allowed by her policy. [The Baltimore jury that heard the case awarded $200,000 to Ms. Mould.]

But her lawyer, Ronald Miller, hardly considered it a true win. "If that new bill had been in effect, we also would have gotten our attorney's fees and the expenses of hiring experts and other costs," he said. 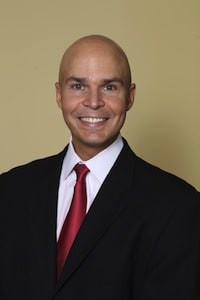 The legislation he referred to, which just passed in this year's General Assembly session, would have permitted his client to recover such fees and expenses under a first-party bad-faith claim.

"The practical effect of this law is that insurance companies will now be less likely to require plaintiffs to go to trial to get the money they were promised in the first place," Miller said. The bad faith legislation passed in both the House of Delegates and Senate and is expected to be signed by Gov. Martin O'Malley. O'Malley's support is one reason the bills passed this year, unlike the last four times they were introduced.

In more than 30 states, that right is extended either by statute or judicial decision to first-party claims in which the insurance company acts in bad faith in denying coverage to the insured.

Maryland was a holdout, and the effect has been that consumers have to fight with their insurers to recover what they believe they are due, according to Del. Luiz R. S. Simmons, D-Montgomery County. He sponsored the House version of the bill.

"In my opinion, as a practicing attorney in Maryland, it's a substantial problem that consumers have to face in trying to deal with their own insurance companies with regard to claims they may make," he said.

The Maryland Trial Lawyers Association approached him about sponsoring the bill, but Simmons said he had researched the issue and had already considered introducing it on his own.

"We reached a dramatic initiative," he said about what resulted, "but it did not give the insurers or the trial lawyers what they wanted. It gave the consumers what they ought to have." The final legislation, found in House Bill 425 and Senate Bill 389, applies to property and casualty insurance policies. It caps damages the insured can recover at their policy limit, and limits recoverable attorney's fees to one-third of the actual damages. It also requires claims of bad faith to go before the Maryland Insurance Administration. Either party can then appeal a decision by the administration to the circuit courts.

The legislation doesn't apply to any claims that fall under the small claims jurisdiction of the district courts or commercial insurance policies with liability limits exceeding $1 million. The original House version would have been applied prospectively, to any cause of action arising after Oct. 1, 2007, but now applies to any pending claims.

The bills that passed out of the House and Senate differed significantly from how they were introduced in each chamber. The Senate version originally proposed permitting insureds to recover compensatory damages. What ended up being passed, however, was a watered-down version, more closely resembling the House bill.

The insurance industry lobbied hard against both versions of the legislation, but was more comfortable with HB 425 and what finally passed out of both chambers, according to Bryson F. Popham. He represents several insurance companies, including Agency Insurance Co. of Maryland, and the Insurance Agents and Brokers of Maryland.

"That's not to say there aren't problems with it," he said. The industry remains concerned with the role of the Maryland Insurance Administration. It doesn't want the agency to evolve into a claims adjuster entity to which insureds will go rather than attempt to settle claims with the companies.

Insurers are also concerned about the retroactive application of the law."It's brand new, and we're still scratching our heads about how we're going to deal with this," Popham said. "This will be a big change in Maryland law."