Our attorneys handle burn injury lawsuits in Maryland and throughout the country. This page looks at expected settlement amounts for burn injuries and what burn injury lawyers can do to increase the compensation payouts for victims who suffer from these awful injuries.
If you have a burn injury case, our law firm can help you.  Our firm is based in Maryland. But if you outside of Maryland, we will help you find the best burn injury lawyer in your area.  Call us today at 800- 553-8082 or get a free consultation online. 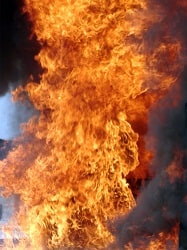 A burn can be one of the most painful types of injuries. Burns are generally classified into 4 degrees of severity with 4th-degree being the most severe. The severity of the burn has a direct correlation to the expected compensation payout the victim receives either by out-of-court settlement or at trial.

The average settlement amount of a first-degree burn is less than $10,000.  These injuries are not significant enough to warrant significant settlement compensation. Few law firms are handling these claims.

Second-degree burns leave the affected area of the skin bright red and swollen. The burned skin often has a wet or shiny appearance and blisters will also appear.

Second-degree burns may or may not completely heal depending on how deep the damage is. With a relatively shallow second-degree burn, only the upper part of the dermis layer is damaged.

This usually allows full recovery with no permanent scar tissue. With more severe second-degree burns the damage extends deeper into the dermis layer and results in permanent scarring or skin discoloration.

Our lawyers have never seen average second-degree burn injury settlement statistics.  But, based on our burn injury attorneys' experience, we estimate an average settlement amount for a second-degree burn between $25,000 and $75,00.  Could it be higher or lower?  Yes, but you can expect approximately 90% of compensation payouts to be in this range.

A third-degree burn classification applies when both the outer and underneath (dermis) skin layers are completely damaged. This is sometimes referred to as a "full-thickness burn."

Third-degree burns also destroy nerve endings in the area so the burn is typically not painful to the touch in the center. Third-degree burns are very serious injuries that should be treated in a hospital immediately. These burns can be caused by scalding liquid flames from a fire, and an electrical or chemical source.

Burns of this depth and severity can release deadly toxins into the bloodstream. Fourth-degree burns on limbs or extremities will almost always require immediate amputation.

The expected settlement compensation in the average 4th-degree burn case will run in the millions if liability is established.

If you were burned in an accident or as the direct result of someone else's negligence, you may be entitled to a financial compensation payout for your injury.

Lawsuits involving burn injuries can arise out of many contexts such as workplace accidents, serious car accidents, and the like.

The amount of monetary compensation you may be entitled to will typically depend on the nature, severity, and scope of your burn injury.

If you or someone you know might have a lawsuit involving burn injuries, contact the personal injury attorneys at Miller Zois for a free case evaluation. Call us at 1.800.553.8082 or submit a request for a free consultation.