Having the right equipment is worthless unless you know how to use it. That is why the second important element to using multimedia at trial is preparation. I never, ever, ever use anything at trial that I have not practiced with. For PowerPoint, this means doing a complete practice run just as if I was at trial. This starts with unpacking and setting up the equipment from scratch. Then I click through each slide to make sure that they are in the correct order, they all work and that they appear big enough for the jury to see them.

PRACTICE TIP: Text slides and bullet points are not recommended. Juries do not like them.  Use PowerPoint for images (photos and important documents) and video. The jury should be focused on you, your client and the story you are telling, not looking past me to read text on a screen. I only use text slides in two circumstances: showing jury instructions in conjunction with my argument, and showing the verdict sheet as I believe it should be completed. 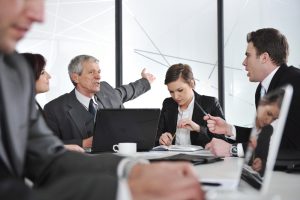 The preparation for using video is basically the same.  Actually, it may be even more important. If you have a malfunction in your opening statement, you can always ditch the PowerPoint and go old school, Moe Levine-style. Heck, if handled gracefully it might even help you with the jury by humanizing you and showing you are cool under fire. Good lawyers can tell a compelling story with nothing but their words, eyes, and body language. An expert video is different. You can’t toss it aside if it doesn’t work because then all of your medical evidence is gone. You have a huge hole in your case where the expert testimony on medical treatment and causation should have been. Yeah, I guess you could read the testimony into the record if there was really no other option, but that is just awful. Unpersuasive and irritating.

Play the video ahead of time, preferably as soon as you get it. Not necessarily all the way through, but enough to make sure it plays on your equipment and that the recording was made correctly.

Videographers make mistakes. I have had occasions where the video had audio, but only a black screen, where the video worked but the audio track was never attached, where the audio was obscured by a loud buzzing, and where the audio level was so low it couldn’t be heard even on the loudest setting. That is why I do not recommend doing the video dry run the night before playing it. It is best to practice far enough ahead of time that you can get the videographer to fix any problems with the recording before the trial starts.

PRACTICE TIP: Most laptops have a function that automatically blanks the screen or goes to a screensaver after a certain period of inactivity. Make sure you turn this off. It is awful if the whole setup goes blank during the most important part of your expert’s testimony.

There are still lawyers out there who are getting good results using 20th-century technology like blowups and exhibit boards. But your 21st-century jury expects a 21st-century trial, and your client is looking for a 21st-century verdict. Being organized with the right technology and preparation will allow you to be a 21st-century lawyer who can get the results that his clients need.