Uninsured/underinsured motorist cases are probably the most complicated kind of car accident cases you will see. These cases are called “hybrid” actions because they combine contract and tort law. You have the underlying tort case against the negligent driver, along with a contract cause of action against the UM carrier. You will have the normal concerns about proving liability and damages that you would have in any car accident case. In addition, you must be careful to prove the contract elements that you need to show entitlement to UM benefits.

These are things like the existence and extent of the tortfeasor’s liability coverage, the existence and amount of the UM coverage, and the plainitff’s entitlement to benefits. Obviously, you would send interrogatories to seek to establish one or more of the contractual prerequisites. But another good way to get the needed proof is to use an under-utilized but very powerful discovery device called a Request for Admission. 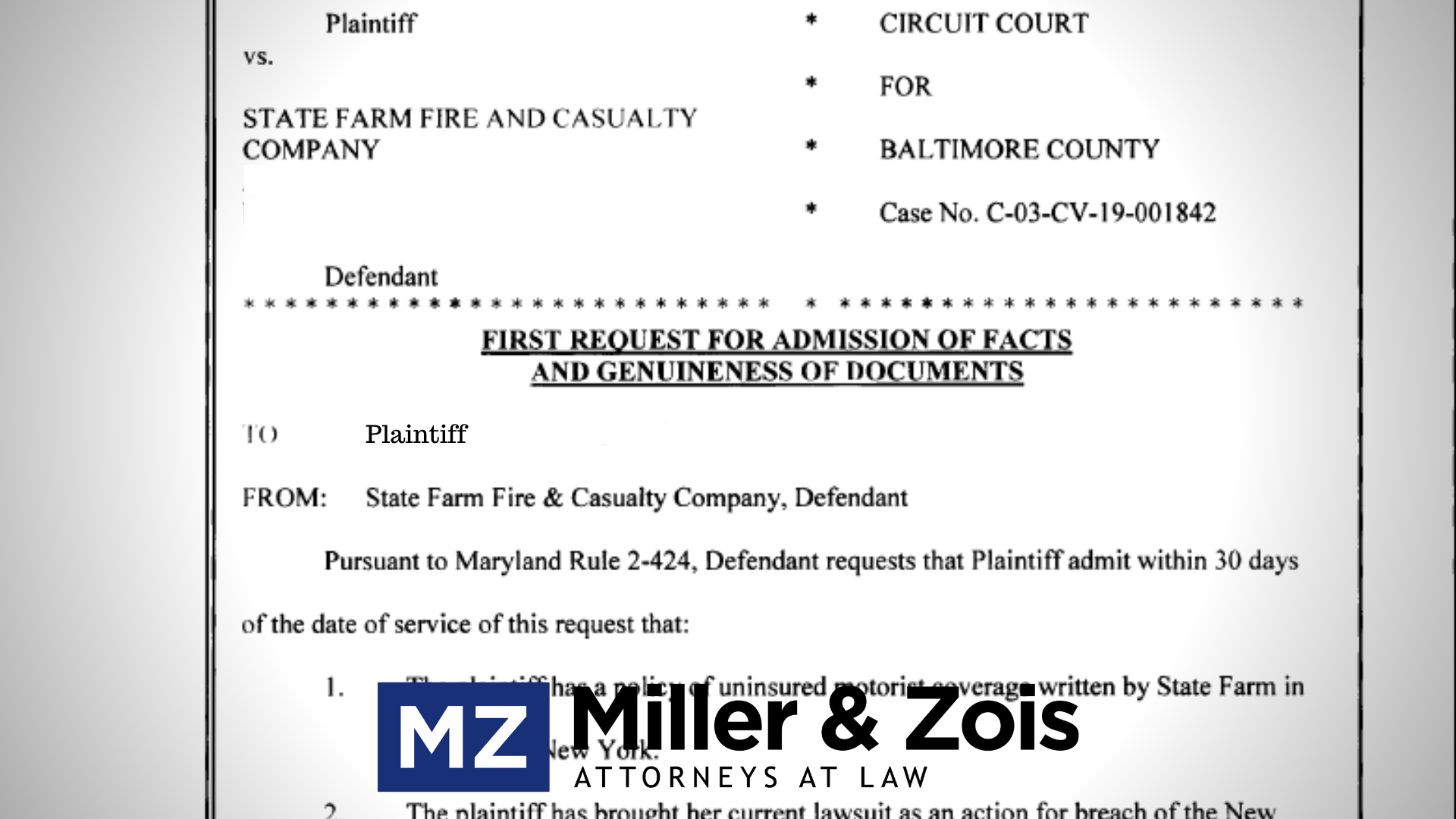 These are governed by Md. Rule 2-424. Basically, they are a list of facts, the existence of which the defendant is asked to either admit or deny. If admitted, the admission is considered conclusive proof of the existence of the admitted fact for the purposes of the case. They are especially good for proving the existence of simple “paper” facts like the ones you encounter in a UM case.