The Circuit Court also hears appeals from the District Court and certain administrative agencies of the state. 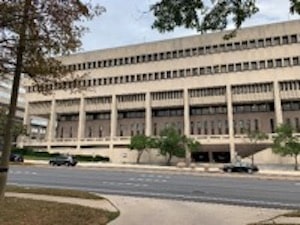 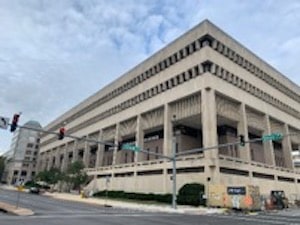 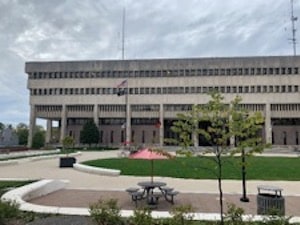 The Towson Circuit Court has been located on the same patch of land in Towson ever since Baltimore City and County were separated into 2 jurisdictions in 1851. Towson (then called “Towsontown”) was selected as the County seat by popular vote and construction of the first courthouse was completed in 1855. This first courthouse was built on the same block of land between Pennsylvania and Chesapeake Avenues and still stands today just across the plaza facing the current County Courts Building.

The original or “historic” County Courthouse is an impressive Greek Revival style building constructed with white limestone with an a-frame roof and domed cupola. The historic Courthouse was expanded and enlarged in 1910, 1925 and for a third and final time in 1958. The historic Courthouse housed the Circuit Court for Baltimore for over 100 years and today it is used for County government offices. 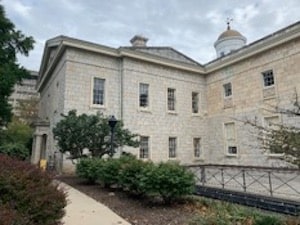 After WWII suburban development caused the population of Baltimore County to rapidly expand. By the 1960s the old historic Courthouse was no longer adequate plans were made for the construction of a new facility on the same block. Construction of the new Baltimore County Courts Building was completed in 1970 and the Circuit Court moved in.

The County Courts Building is just a short walk west of the old Towson courthouse. The new and old courthouses face each other across an elevated plaza that features landscaping, seating, and memorials. It is definitely a good-looking courthouse that sits nicely in what seems like the center of that area of “downtown Towson.”

The County Courts Building (still often referred to as the “new” Towson courthouse) is a large, 4-level rectangular building with a white/grey stone exterior. It straddles Bosley Avenue, the main street north-south thruway that cuts through Towson. The building stretches along Bosley from Pennsylvania Ave to Chesapeake Ave and it dominates the surrounding area.

Getting into and navigating around the Towson courthouse is very straightforward. There are two entrances to the County Courts Building both in the center of the building on separate sides. The primary entrance is on the “front side” of the building facing east towards the plaza and the historic Courthouse.

This entrance has a normal security checkpoint with metal detectors and security guards. At peak times in the morning, you can definitely expect a sizeable line to form at this entrance but it usually moves fairly quickly. The second entrance is on the “back” side of the building on the ground- that faces Bosley Ave. This entrance has less capacity so lines to get through security tend to move slower.

Parking for the Circuit Court in Baltimore County is also comparatively easy to handle. There are three very large parking garages within a 2 block radius of the County Courts Building. One is just north of the Courthouse on Pennsylvania Ave and the other 2 are a block south on Susquehanna Ave. Below is a list and description of each parking garage. 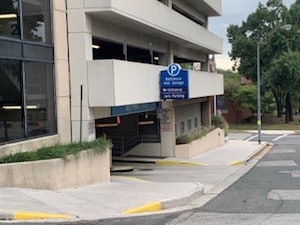 All adult residents of Baltimore County can be summoned to appear for jury duty. Baltimore County does not have nearly as many jury trials as Baltimore City, but they are becoming more common as the volume of civil case filings in the County increases.

If summoned for jury duty you should follow the instructions on your summons very carefully. Jurors can park for free in the Baltimore Avenue Garage at 110 W. Susquehanna, but they will need to bring their parking ticket in and get it validated in the Jury Commissioner's office.

The Circuit Court in Towson currently has 20 active judges led by Administrative Judge Kathleen Cox. Family law matters are handled by 7 family magistrates. A list the judges in Baltimore County with links to their bios is below: