Auto-Owners Insurance offers automobile, truck, home, business, and life insurance policies through independent agents. It was founded in 1916 and wrote insurance coverage policies only for Michigan until 1935. Our truck accident lawyers take an interest in this insurance company because they insure commercial trucks.

For the past fourteen years, Auto-Owners has been ranked among the Fortune 500 each year. A.M Best has rated the company at the highest rating available, A++ for the 45th year in a row. Recently, in 2015, Auto-Owners purchased Atlantic Casualty Insurance Company.

Auto-Owners insures thousands of commercial trucks in the U.S. The company's largest market share is in the mid-west region where they specialize in insuring smaller and mid-sized trucking companies. If you have truck accident claim with Auto-Owners you can expect the claims team to be friendly and very service oriented. They have won numerous awards and accolades in the industry for claims satisfaction. 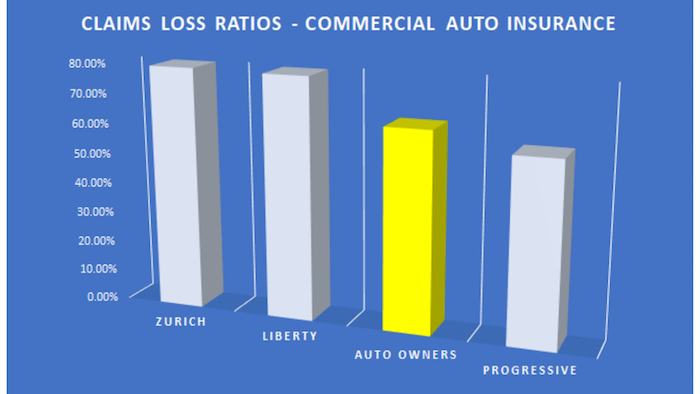 Auto-Owners may have won some awards for claims satisfaction, but this doesn't mean that your going to get a great settlement offer from them on every claim. In fact, some of the available data suggests that Auto-Owners may be below average when it comes to paying full and fair compensation. Claims Loss Ratio (CLR) measures the amount of money an insurance company pays out on claims compared to how much money it takes in on premiums. The higher the CLR the more generous a company is in claims payouts. Among the top 10 commercial auto insurers in the U.S., Auto-Owners has the 8th lowest CLR.

The administrative offices for the company are located at:

You can send mail to Auto-Owners at:

We have listed some recent settlements and verdicts against Auto-Owners Insurance below, specifically the Auto Insurance Group. Does reading verdicts and settlements help you better understand the value of your claim? Absolutely. But it is important to remember that these are just examples. Personal injury and wrongful death cases are too fact specific for any settlement formula and you cannot compare cases that seem on their face to be factually similar. For some of these cases, we have a lot of details to provide and in some, we have little to no additional information.

Is Auto-Owners Insurance Easy to Deal with on Claims?

Auto-Owners consistently earns high marks and praise for its claims handling. They have ranked No. 1 in J.D. Power’s claims satisfaction rating 6 times. The company certainly holds itself out as being very reasonable and willing to settle claims.

What is the Average Limit for Auto-Owners Commercial Auto Insurance Policies?

Does Auto-Owners Have Personal Auto Insurance?

What is the Average Settlement for an Auto-Owners Truck Accident Claim?

The average compensation settlement in a truck accident claim with Auto-Owners (involving significant injuries) is around $65,000 to $95,000. This is slightly lower than the national average, in part because Auto-Owners is mainly based in the mid-west where the cost of living (and claims) is lower.

Our Lawyers Can Help You

At Miller & Zois, our truck accident lawyers have handled many serious injury and wrongful death cases. Our focus is Maryland. But our lawyers have handled cases in most states and we handle serious truck accident injury and death cases throughout the United States. We have a history of getting results, which you can find at the top of this page clicking on the verdicts and settlements bar. We maximize the value of our cases and by using every weapon in our arsenal to pressure insurance companies like Auto-Owners. Call us at 800-553-8082 or get a free evaluation online.