In Thomas v. Shear, the Court of Appeals held in an unreported opinion that a malpractice claim alleging a surgical clip was left inside a patient in 2000 was barred by the statute of limitations. Although the surgical clip was not actually discovered in the plaintiff’s body until 14 years later, her own expert witnesses offered testimony suggesting that her statute of limitations began to run in 2006 at the latest.

This medical malpractice case began in May 2000.  The plaintiff underwent a surgical procedure performed by the defendant surgeon at GBMC.

In 2017, sixteen years after that surgery, the plaintiff filed a medical malpractice complaint against the defendant. The complaint alleged that during the surgery in 2000 the defendant negligently left surgical clips inside the plaintiff.   This happens way too often.  The plaintiff claimed that this mistake was not discovered until 2014 when she went to the hospital with severe abdominal pain and the surgical clips were discovered during a cystoscopy.

Based on this testimony from the plaintiff’s own experts, it appeared that the plaintiff’s “injury” — if you want to call it that — first occurred back in 2006 or even earlier.

In her effort to oppose the motion to dismiss, the plaintiff had both her expert witnesses submit affidavits contradicting and amending the opinions they gave at their depositions. In their affidavits, these experts now claimed that the plaintiff’s 2006 hospitalization had nothing to do with surgical clips being left inside her. Instead, the experts changed their prior story and now agreed that kidney stones were the culprit.  In response, counsel for the defendant moved to strike the new expert affidavits because they were entirely inconsistent with their prior deposition testimony.

The Circuit Court granted the defendant’s motion to dismiss. The judge decided that, at the very latest, the statute of limitations began to run when the plaintiff went to the hospital in 2006. The judge found that this was clearly supported by the deposition testimony of the plaintiff’s own experts and she refused to rely on the last-minute affidavits in which those experts sought to change that testimony.

Turning to the facts presented in the instant case, the Court focused on the deposition testimony from the plaintiff’s expert witnesses and the seemingly inconsistent supplemental affidavits that were submitted after-the-fact. The Court held that the supplemental affidavits from the plaintiff’s experts were properly disregarded by the trial court under the “sham affidavit” doctrine.

The Court found that the affidavits, in which the experts opined that kidney stones, and not the surgical clip, caused the plaintiff’s hospitalization in 2006 were explicitly opposite to their sworn deposition testimony that the surgical clip was the caused of her symptoms in 2006. Therefore, the trial court correctly determined that affidavits of the plaintiff’s experts were materially inconsistent with the prior deposition testimony of the experts and should be disregarded pursuant to Maryland Rule 2-501(e).

Without the conflicting expert affidavits, the Court had little trouble agreeing with the trial court’s conclusion that the plaintiff suffered a “medical injury” during the original surgery back in 2000 or, at the very latest, when she suffered symptoms in 2006. This conclusion was supported by the original deposition testimony from both of the plaintiff’s expert witnesses, who determined that the surgical clip (not kidney stones) is what brought the plaintiff to the hospital in 2006. 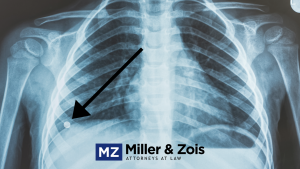 Not long before I switched to doing plaintiffs’ work, I was drafted and argued a motion for summary judgment in what ended up being a very famous case in Maryland:  Pittman v. Atlantic Realty.  This was lead paint case where I boxed out the defense expert in a deposition.  So I filed a motion for summary judgment.  They came back with an affidavit that contradicted everything the expert said in deposition.

I argued the motion in front of Judge David B. Mitchell in the nicest courthouse in Baltimore City.  Judge Mitchell was a good guy.  I ended up explaining to Judge Mitchell how litigation unfolds like my high school English teacher told me people consumed Nathaniel Hawthorne novels in the 1800s: one chapter mailed to them at a time.  Why I thought this was relevant to the issue at hand or clever remains a mystery. What an idiot.  But Judge Mitchell, who I think had no intention of granting the motion, went back to chambers, read the cases in my motion, and granted summary judgment about 45 minutes later.

Is There a Better Rule for Foreign Objects?

My little antidotes are burying the lede:  this is a correct but unfair outcome.  A doctor accused of harming a woman never has to answer for his mistake because the victim never could have connected the dots between her injury and his negligence.

This case illustrates why Maryland should follow the lead of many other states and amend its statute of limitations for medical malpractice to include exceptions for situations like this. Many states (California, Colorado, Arkansas, Missouri, and New York,  just to new name a few) have enacted specific exceptions to their malpractice statute of limitations for cases involving foreign objects left inside the body during surgery.

In these states, if the surgeon leaves something inside the body during surgery, the statute of limitations does not begin to run until the date that the foreign object is actually discovered inside the patient – no matter how long after the original surgery.  So it is not just that there is an injury that triggers the statute but the plaintiffs’ ability to link the injury to the negligence.

Creating this sort of exception for foreign objects left in the body during surgery makes sense and it would eliminate unfair outcomes without opening to door to excessive litigation.

Why Is This Case Unreported?

I’ve been writing up a lot of unreported opinions lately.  Which begs the question:  why is the Maryland Court of Special Appeals still issuing unreported opinions.  In the old days, I get it. There were only so many opinions to fit in an official reporter. No one has those books anymore.  Unpublished opinions were not out there.  So now if I have an issue that the Maryland Court of Special Appeals has already addressed, we have to pretend like it does not exist?  Why?

I know what the argument probably is.  We have to dispense with justice quickly or it will take forever.  I think the Court of Special Appeals is just better than that.  They give all parties the best justice they can.  Every unpublished opinion I see is the same as any other opinion, including Thomas v. Shear.  So I think our intermediate court should just publish everything.