Last week, the Baltimore City Department of Transportation announced that it is pushing its chips to the center of the table when it comes to speed and red light cameras.

Baltimore has a program called the City’s Automated Traffic Violation Enforcement System (ATVES).  Not so much to me because I’ve seen too many people’s lives ruined by speed and running red lights, but ATVES sounds very Orwellian to many Baltimore City drivers. ATVES is in charge of the automated speed trap and red light enforcement cameras in Baltimore City.

ATVES also does something that troubles people less, particularly those who have seen truck accident statistics in this country. It has a Commercial Vehicle Height Monitoring System Camera Program to enforce violations of commercial vehicles traveling on truck restricted roadways in Baltimore City.  We got a million dollar verdict in a case a few years back in no small measure because the jury was annoyed that the truck was in a place that it clearly should not have been.   This system definitely uses some bring brother technology,  using the truck’s height to determine whether the vehicle is over ¾ of a ton).

Where Are the New Speed Camera? 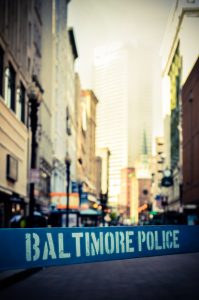 The city is not playing hide the ball, here.  They tell us exactly where the speed cameras are located.

Starting on March 9th, these speed cameras will get you if you are going 12 miles per hour over the speed limit. They are only turned on  Monday through Friday from 6:00 a.m. to 8:00 p.m. The cost of an infraction is only $40.00 and these tickets do not impact the points on your license.

Where Are the Red Light Cameras? 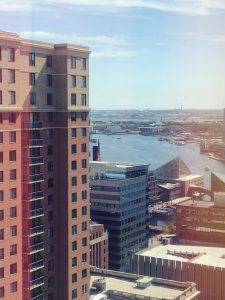 What Are Your Options If You Get a Ticket?

We are not criminal defense lawyers.  But we know people coming here want to know what their options if they get a speed camera or red light camera ticket.  So it makes sense to give you some information on the law and your options.

Section 21-809(d)(5) gives the recipient of a speed camera citation two options. The person who receives a citation may either “(i) Pay the civil penalty…; or (ii) Elect to stand trial in the District Court for the alleged violation.”

What are the speed camera ticket defenses?

If the person elects trial instead of paying fine, the statute authorizes three defenses.  Those defenses are (i) the motor vehicle or registration plates were stolen, (ii) the person named in the citation was not operating the vehicle, and (iii) “[a]ny other issues and evidence that the District Court deems pertinent.” §21-809(3)(f)(1)(i) – (iii).

“I was not driving the car”

To satisfy the defense ‘that the person named in the citation was not operating the vehicle at the time of the violation”, §21-809(f)(3) states:

(3) To satisfy the evidentiary burden under paragraph (1)(ii) of this subsection, the person named in the citation shall provide to the District Court a letter, sworn to or affirmed by the person and mailed by certified mail, return receipt requested, that:

So this is good news, right?  You can try to get out of this without a court appearance.  So what happens is the court receives and reviews the letter from the person named in the citation who was not operating the vehicle at the time of the violation.  From there, Maryland law requires the following procedure:

So there is a downside, right? You have to rat out your spouse, friend, or child that was driving the vehicle.

Please keep in mind that Miller & Zois is a personal injury law firm in Baltimore that focuses exclusively on fighting for victims who have been seriously injured or lost a loved one in accident and malpractice cases. We do not handle traffic ticket charges.