Arbitration is a form of resolving civil disputes privately, outside of the actual court system.  Instead of taking their case to court and having it decided by a jury or judge, both parties voluntarily agree to have the case heard and decided by a private arbitration panel.  Arbitration differs from court litigation in a number of significant ways.  It offers many advantages compared to a trial in the court system. But it also has a number of drawbacks.  This article summarizes both the perks of arbitration and the drawbacks as compared to the traditional method of litigating in the court system.

We do not arbitrate as many cases as we did ten years ago.  Why?  First, we handle more malpractice cases than we ever have and malpractice does not lend itself to arbitration.   But I honestly think there are not as many good arbitrators for serious personal injury cases as there once were.  Most arbitrators also do mediations.  Anyone would rather do mediations than arbitrations because when you make a final call, someone is usually unhappy.   So it seems like every time a new mediator/arbitrator comes on the scene and is well received, they soon are no longer doing arbitrations. Also, many arbitrators are retired judges who are close to retiring again.

Anyway, if you are considering arbitration, here are some pros and cons to consider.

The Pros of Arbitration 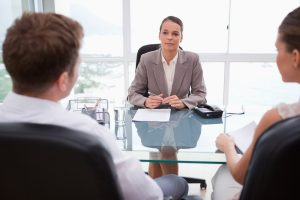 Is arbitration a good idea for your injury claim?

Arbitration is Faster.  The fundamental benefit of arbitration versus civil litigation is speed.  Arbitration can deliver a final result in a case much faster than the civil court system. There are several reasons for this.  Most civil court systems in urban areas handle an extremely high volume of cases.  In states like Maryland, the court of general jurisdiction (the Circuit Court) handles not just civil cases but criminal and family law matters as well.   In 2016 a total of 41,416 new cases were filed in the Circuit Court for Baltimore City.  With hundreds of new cases coming each day and only a limited number of judges and courtrooms, the civil dockets in most state court systems move very slowly.  In arbitration, the parties basically get to choose how long or short they want the process to be.  With arbitration, cases can be over and done in months compared to years in the civil courts.

Cost Efficiency.  Arbitration is usually less expensive and more cost-efficient than litigating in civil court.  The primary reason for this is that the discovery process in arbitration is much more limited and streamlined.  In civil litigation, the discovery phase of a case can last for months or even years.  Both sides typically serve document requests and interrogatories on each other and then take depositions of all the witnesses. This can be a very time-intensive and expensive process.  With arbitration, discovery is typically limited to mutual document exchanges and there are no witness depositions.  In cases involving a lot of expert testimony, the absence of depositions is always a huge cost savings. Expert witnesses charge by the hour and can be extremely expensive. Eliminating expert depositions alone can save thousands.

Relaxed Rules of Evidence.  When a dispute is litigated in the court system, the rules of evidence and all their formality are fully applicable. This means that the judge or jury may never get to hear certain pieces of valuable evidence.  It also means that lawyers for both sides will likely spend a lot of time and effort litigating the issue of admissibility.  By contrast, arbitration is not restricted by the formal rules of evidence.  The general rule in arbitration is to admit all relevant evidence.  This means that things that might be inadmissible hearsay in court will be fully allowed in arbitration. This can be a good thing or a bad thing depending on your point of view, but for a plaintiff in a personal injury case, relaxed rules of evidence are usually beneficial.

Expert Arbitrators. In court, judges are randomly assigned and they will often have little or no expertise on the subject matter of the case.  Arbitrators can be specifically selected by the parties.  Usually, arbitrators are chosen because they have particular expertise or knowledge regarding the issues in the case. This can be very helpful in complex cases. 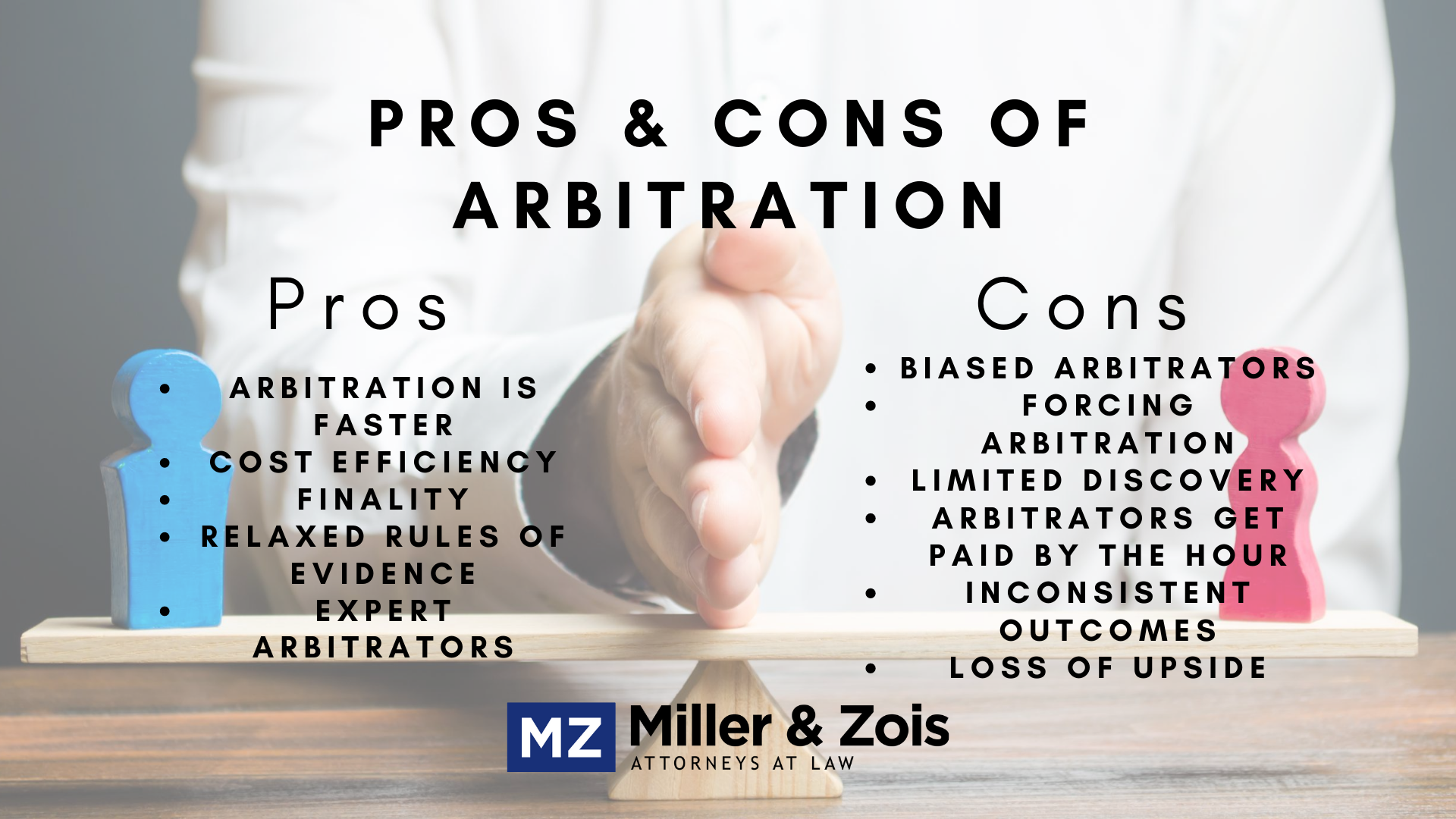 The Cons of Arbitration

Limited Discovery.  The scope and length of the discovery phase is much more limited in arbitration.  This is the primary reason that arbitration can be faster and more cost-efficient.  However, limitations on discovery can also be a significant drawback in some cases. Full discovery gives both sides the opportunity to fully investigate and develop the facts and present the best possible case. Although limiting discovery can decrease costs and speed things up, it often means that the case must be presented without all the relevant facts.

Arbitrators Get Paid by the Hour.  In the civil court system, the judge and jury work for free. Arbitrators do not work for free.  Arbitrators charge an hourly fee for the time they spend on a case.  The hourly rates of most arbitrators can be several hundred dollars.  This can result in a fairly large bill, especially if the arbitration is not quick and efficient.

Inconsistent Outcomes.  Arbitration is not bound by precedent and legal standards in the same way as courts are.  As a result, arbitrators have much more freedom to render a decision based on what they feel is just or appropriate.  This can lead to a lack of consistency and predictability in arbitration outcomes.  The idea of turning over the power to decide my client’s case to one person sometimes rubs me the wrong way.

Loss of Upside. There are not many runaway arbitrations in personal injury cases.  The arbitrator usually picks a number in the middle between two extremes.  Often this is a good thing.  But if you have sympathy on your side and egregious conduct by the defendant, an arbitration might steal your chance of a great verdict.