As the Internet Age progresses, personal injury litigation will continue to change. This extends to the “toolkit” that lawyers use to prove liability in car accident injury cases.  Technology creates more weapons for and against us.

What is Google Earth

Google Earth is a computer program that allows users to get a bird’s eye view of almost any place on Earth.  Google obtains its images from NASA’s Landsat 8 Satellite system taken from far above the earth’s surface. You can type in GPS coordinates or manually add a marker by clicking any spot on the map.

How We Used Google Earth in Litigation 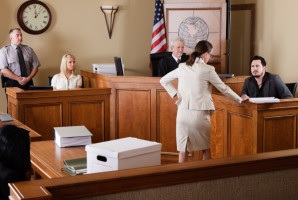 Miller & Zois uses Google Earth in almost every car accident case we handle.  When I’m talking to a client on the phone, I most likely have Google Street View on my screen.  It lets me travel to the crash site without getting out of my chair.   It gives us angles and perspective that is sometimes better than you would get at the scene.

Overhead views of highways and intersections can be invaluable in proving liability for collisions.  You cannot get them without Google Earth or a helicopter.  Not long ago, it was commonplace to see questions on bar association listservs looking for sources of aerial photographs of roads and highways for use in car accident cases. No longer. Google Earth has become the go-to resource for many for overhead photos. They are in color, searchable, and can be zoomed in or out depending on what view the situation calls for. They can be useful for showing the general layout of accident scenes, establishing the location of traffic signals, illustrating sightlines, showing the movement of vehicles between lanes or through intersections, or establishing the location of witnesses. Google Earth does this job better than any professional could have provided before.  It is still amazing how many car accident lawyers in Maryland have never used Google Earth.

Getting Google Earth Picture in Evidence

I have seen these admitted into evidence in a variety of ways.  First and best is a stipulation.  You can also get Google Earth images admitted into evidence through a request for admission, or through the testimony of a party, witness or police officer. Laying the foundation is essentially the same as for any photograph- using a witness to testify that the image is a photo of what it purports to be.

The court might also take judicial notice of the distance established by Google Maps and Google Earth-like the court did in this case.  Judicial notice is a real option because the Google Earth program and technology cannot be reasonably questioned. It is not realistic in 2018  to conclude that Google Earth images do not provide accurate and useful information upon which important decisions can be based or that that fact is not common knowledge. Our legal system will eventually have to deal with this reality sooner or later. In the meantime, we have to do what we can to make sure we get these pictures admitted into evidence.

How EXACTLY Do You Get Them in Evidence?

You can get the Google Earth images in through a witness who has been at the scene.  “Is Ex. 1 a true and correct representation of how this intersection looked at the time of the crash?” Assuming the witness says yes, move to get the evidence admitted.

I am not aware of any Maryland authority directly addressing the admission of this kind of material into evidence.  (I just did a search again in 2018.) I would not be surprised if someday we have an evidentiary rule specifically addressing the issue.

I know there are cases where you might have a problem getting Google Earth images admitted. But the odds are in your favor.