The Baltimore Sun’s Peter Hermann reports about a criminal case in Baltimore City that raises questions about juror disclosure and impartiality.

Apparently, this particular case ended in a mistrial because one juror was holding out for an acquittal. After the mistrial was declared, prosecutors learned that the holdout juror was employed as a lawyer by the Office of the Public Defender.

The prosecutors are mad because this juror merely listed her occupation as “attorney.” They think she had some sort of obligation to disclose who she worked for during the jury selection process.
Apparently, she was new to the city public defender’s office, so she truthfully stated that she did not know any of the parties or their attorneys, and she was unaware that one of the co-defendants was represented by a different public defender, whom she also did not know.

The article interviews another juror, W. Stanwood Whiting, who also is an attorney. Like the public defender, he also truthfully listed his occupation as “attorney” without elaborating on the type of work he does. He did not volunteer more, stating “That’s all they asked.” 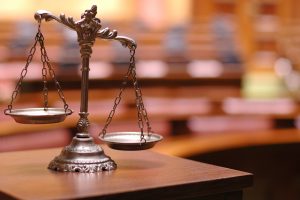 I don’t have any problem with what this juror did. Every time I have been called for jury duty, I have listed my occupation as “attorney.” All the lawyers in my office I have asked about this do the same thing.

Jury selection is part of the advocacy process. If the prosecutors wanted to know if any jurors were criminal defense attorneys or employees of the Office Of The Public Defender, they had an opportunity to request the court to ask that question in voir dire. If the court had refused to ask the question, there would be grounds for an appeal. But here, nobody asked.

That’s on the lawyers involved in the case. That is a good reason that things like voir dire questions, jury instructions, and verdict sheets need to be crafted individually based on the needs of each case, rather than just a boilerplate form printed off of the computer. I only do personal injury litigation, but you can be sure that the voir dire questions I submit to the court ask if anyone on the jury panel is employed by an insurance company. If you are concerned about people who work for the other side being on your jury, put it in your voir dire.

This juror truthfully stated her occupation and truthfully answered the questions put to her. Assuming she truthfully said she could hear the case impartially, I don’t think she did anything wrong. I don’t see any obligation for her to do the prosecutors’ jobs for them by presuming they would like to know who she works for and volunteering it. If that fact is so important to them, why didn’t they ask?