Our Maryland malpractice lawyers handle surgery error lawsuits against Maryland hospitals and Maryland surgeons who have negligently caused injury to a patient during surgery. Maryland has many great surgeons, some of the best surgeons in the world perform surgery every day in Maryland hospitals. But there are exceptions that often lead to exceptional surgical errors for which Maryland law may provide compensation. 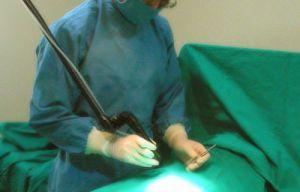 Malpractice lawsuits are generally reserved for death and serious injury cases. Nearly half of these cases involve surgical malpractice.

The statistics bear this out. The Agency for Healthcare Research and Quality found in a study last year that surgical errors cost our country approximately 41.5 billion every year and that 1 in 10 patients who die within 90 days of surgery did so the result of a medical error that could have been prevented. The Institute of Medicine estimate was even higher: $2 billion. More importantly, the IOM report estimated 7,000 surgical deaths annually in the United States. That's a real number: imagine 7,000 people in a stadium.

How Bad Does the Mistake Have to Be for a Surgical Malpractice Claim?

Surgeons, like any doctor, must exercise the degree of care and skill that a surgeon of the same medical specialty should use given the circumstances. In other words, doctors have to do what a reasonable doctor should do.

It is also important that the mistake was made is related to the patient's injuries. Surgeons make many insignificant errors during an operation that cause no real harm. But if you have a mistake that should not have been made and that error causes a serious injury or death, you have a viable malpractice claim.

What Are My Chances Of Winning a Surgical Error Malpractice Suit in Maryland?

What Is The Average Settlement For A Surgical Malpractice Lawsuit in Maryland?

Nationally, the average payout (settlements and verdicts) in a surgical malpractice lawsuit is around $280,000. Our Maryland malpractice lawyers believe the average for surgical error malpractice cases in Maryland (particularly in Baltimore City) higher than the national average but there is no reliable data to confirm that.

What Is The Maryland Statute Of Limitations On Surgical Malpractice?

How Do You Prove Surgical Malpractice in Maryland?

How to Find Out If You Have a Claim

If you or someone you love has been the victim of a surgical mistake on the operating table, you need a lawyer you can trust to fight for you. If you call us, we will investigate your case. If our lawyers find that you have a viable malpractice case, we will retain the medical experts required to testify on your behalf to put you in a position for success either by settlement or at trial.

There are many different types of surgical error cases in Maryland. Some errors are painfully obvious: if the surgeon is supposed to operate on the patient's left leg and the surgeon operates on the right leg, that is pretty clear. But not every case is as facile as a wrong site surgery case. Regrettably, for surgical error lawyers representing victims, most cases are far more nuanced. Moreover, not every mistake is medical malpractice. Our job to sort through these claims to determine whether there is a possible malpractice case associated with the injury.

The most common surgical mistakes include:

Below are settlement and verdicts in surgical medical malpractice cases in Maryland in recent years. These verdicts can help you in your effort to compute the money damages you might receive for your case in a settlement or verdict.

But they are just one weapon in your toolbox to better understand the value of you or your client's claim. You cannot use similar cases to calculate the exact settlement or trial value of your case. Jurisdictional differences, caps on non-economic damages, and a host of other factors make it impossible to compare one case to another and calculate the true settlement value of a claim.

Other Maryland Malpractice Resources for Malpractice Lawyers and Victims
Surgery Malpractice Errors
Client Reviews
★★★★★
They quite literally worked as hard as if not harder than the doctors to save our lives. Terry Waldron
★★★★★
Ron helped me find a clear path that ended with my foot healing and a settlement that was much more than I hope for. Aaron Johnson
★★★★★
Hopefully I won't need it again but if I do, I have definitely found my lawyer for life and I would definitely recommend this office to anyone! Bridget Stevens
★★★★★
The last case I referred to them settled for $1.2 million. John Selinger
★★★★★
I am so grateful that I was lucky to pick Miller & Zois. Maggie Lauer
★★★★★
The entire team from the intake Samantha to the lawyer himself (Ron Miller) has been really approachable. Suzette Allen
★★★★★
The case settled and I got a lot more money than I expected. Ron even fought to reduce how much I owed in medical bills so I could get an even larger settlement. Nchedo Idahosa
View More
Submit a Law Firm Client Review