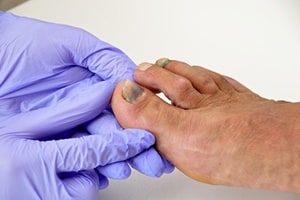 This wrongful death claim was filed in Harford County after a woman suffered a fatal delay in hematoma treatment. It was filed in Health Claims Arbitration on February 23, 2018, and it is the 96th medical malpractice case filed in Maryland this year.

A woman was admitted to the University of Maryland Upper Chesapeake Medical Center and diagnosed with an occluded femoropopliteal graft. She had previously undergone two left femoropopliteal bypass grafts - surgeries used to treat a blocked artery in the thigh - and now the same artery was blocked again.

Doctors made an attempt to open up the artery with a catheter, but they were not successful. Instead, the doctors passed the catheter into a nearby artery and administered drugs to dissolve the clot. Notably, the woman was already on blood thinners before she came to the hospital.

The woman's condition did not improve the following day, so she underwent a stent placement and a procedure that utilizes the sharp blade on the end of a catheter to remove plaque from her blood vessel. She did report feeling better, but she also started to develop a hematoma at the catheter site.

While the hematoma expanded over the next several hours, the woman grew pale and her blood pressure dropped. Without coming to check on the woman in her deteriorating condition, the doctor recommended continued blood transfusions instead of the necessary surgical correction. The woman's hemoglobin and hematocrit levels were consistent with significant anemia and bleeding, and a CAT scan confirmed a retroperitoneal hematoma. Still, the woman was not taken to the operating room. After the woman's abdomen distended and her blood pressure continued to drop, she was intubated and a central line was placed.

When the surgery finally began, more than eight hours after the hematoma first developed, the surgeons discovered that the whole problem could be corrected with just three stitches and a vein closure. Unfortunately, because of the increased pressure in her abdomen, severe blood loss, and shock, the woman went into multi-organ failure and passed away.

More Malpractice Claim Information
Practice Areas
Client Reviews
★★★★★
They quite literally worked as hard as if not harder than the doctors to save our lives. Terry Waldron
★★★★★
Ron helped me find a clear path that ended with my foot healing and a settlement that was much more than I hope for. Aaron Johnson
★★★★★
Hopefully I won't need it again but if I do, I have definitely found my lawyer for life and I would definitely recommend this office to anyone! Bridget Stevens
★★★★★
The last case I referred to them settled for $1.2 million. John Selinger
★★★★★
I am so grateful that I was lucky to pick Miller & Zois. Maggie Lauer
★★★★★
The entire team from the intake Samantha to the lawyer himself (Ron Miller) has been really approachable. Suzette Allen
★★★★★
The case settled and I got a lot more money than I expected. Ron even fought to reduce how much I owed in medical bills so I could get an even larger settlement. Nchedo Idahosa
View More
Submit a Law Firm Client Review
Our Firm ›
Attorneys ›
Medical Malpractice ›
Personal Injury Practice ›
Communities Served ›
Injury Victim Help Center ›
Plaintiff Attorney Center ›
Insurance Company Insight ›