Okay, we have put up a lot of information about State Farm verdicts and settlements, bragging a good bit about the fact that we have beaten this insurance company many more times than not. But, let's be fair, State Farm wins a lot of jury trials, too. There are also many cases where they should win because the plaintiff had a horrible or trumped up case. So this is a sampling of jury verdicts where State Farm wins big. If you need cheering up after you read these, go to our website here where we regale you with our victories and victories that other plaintiffs' law firms have achieved.

State Farm Verdicts
Yes, these are some losses against State Farm. Sometimes, the plaintiff should lose. And our law firm has lost trials, too. But not many. We have won millions of dollars in settlements and verdicts against this insurance company. If you need a lawyer to fight State Farm in a serious injury case, call us at 800-553-8082 or get a free State Farm case evaluation online. 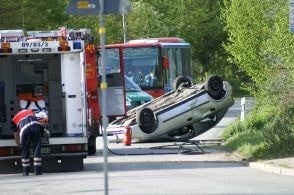 Hiring a Lawyer to Fight Back Against State Farm

Indeed, these are bad verdicts. There is no guarantee of success in these cases. But we have fought State Farm and beaten them many more times than not. If you have been injured in a motor vehicle accident and the at-fault driver is insured by State Farm, or if you are filing an uninsured motorist claim against State Farm and you have a question about your claim, call us at 800-553-8082 or get a free State Farm claim evaluation.