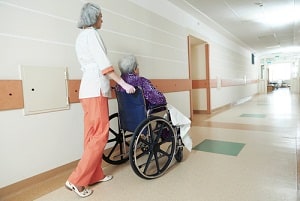 Nursing homes hurt and kill people many different ways. Maybe the most frustrating injuries are out-of-control bedsores. Why? Because so little effort and care is required to avoid these injuries that almost always occur because the nursing home or hospital was negligent in their care of the patient.

People suffering from this often think they are alone. But this is a phenomenon both here and Maryland and nationally. Sure, you might from a feature article in your local paper once a while highlighting these crimes. But then everyone closes that paper and carries on while our most vulnerable continue to be literally mistreated to death.

Below are examples of settlements and verdicts in nursing home bed sore cases. You will note that many of these verdicts are not huge. In Maryland, for instance, there are caps on noneconomic damages that make it very rare to get more than a million in a death case because our caps are so draconian.

You may have also noticed that even though we are Maryland nursing home attorneys, there is not one bedsore verdict on this list. Why? The nursing homes and the insurance companies in Maryland are not dumb enough to let these cases go to trial.

Why? Well, besides the fact that they know their chances of losing are ridiculously high, the nursing homes do not want the publicity of taking a verdict. It is bad publicity not only for the nursing home itself but for the whole industry desperate to keep a lid on media articles that bring the pain and death this industry causes every single day.

This information may be useful to you in getting a better general understanding of the value of these cases. There are, however, powerful limitations to finding similar facts to your case and assuming you will get the same outcome. Because a jury trial has so many layers to it, you really cannot know what drove the verdict. Sometimes, the lawyers that tried the case who get a chance to talk to the jurors afterward still cannot tell you what the driving force that led the jury to decide as they did. 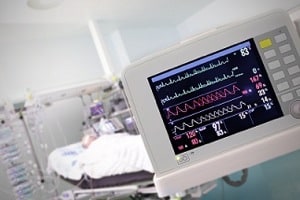 In these cases, the nursing homes almost always put on a defense. Usually, they argue that the victim's pressure sores resulted from obliterative vascular disease, not pressure. These arguments rarely hold up by the time we get to the settlement table. But that does not mean we do not have a real fight in the meantime. You need someone who can fight that fight for you in a way that maximizes the value of your claim.

Call our Maryland nursing home attorneys at 1.800.553.8082 for a free consultation, or get a free Internet consultation if someone you love/loved has been hurt by a nursing home.