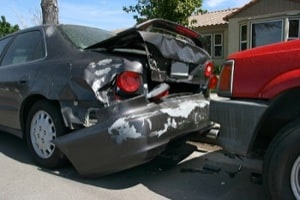 The Progressive Corporation, known as simply Progressive, is the third-largest auto insurance provider in the United States. Progressive controls 11% of the auto insurance market. Along with GEICO, Progressive gained 92% of all premium growth in 2019—these companies allow customers to buy insurance online or on a mobile app without an agent in a time when more Americans are shopping for inexpensive policies. The company offers home, renter’s, and life insurance through third-party insurers, but motor vehicle insurance is its bread and butter.

Like many of the nation’s top insurance companies, Progressive is known for its ubiquitous ad campaigns. It has made good use of the internet and apps, seeking to position itself as, not surprisingly, a progressive company.

What is it like, however, to deal with Progressive when you have a serious car accident claim? At Miller & Zois, our lawyers have worked with this insurance company hundreds of times. Below, we discuss our experience with settling claims and filing lawsuits with Progressive and the unique features of this insurer. If you are interested in a particular subject, follow the links below. 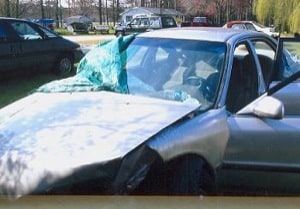 In our experience, Progressive writes smaller insurance policies than other companies. It seems that its policyholders have many $30,000, $50,000, and $100,000 per victim policies. This means that, if you are a personal injury lawyer handling a serious injury claim against Progressive, you should not be surprised if coverage is limited. You may have to turn to your client’s uninsured motorist coverage to make up the difference. Given these small policies, send out a bad faith letter as soon as it becomes clear that the policy will not cover the loss.

What Can I Expect From Progressive’s First Settlement Offer?

Initial settlement offers from Progressive insurance adjusters are often lower than you would expect from the average car insurance company. Progressive’s adjusters are more unreasonable than most in Maryland. This is especially true if they see that you do not have a lawyer.

“Progressive writes lower insurance policies for its policyholders and offers lower initial settlement offers than other companies in Maryland.”

The fact that Progressive’s initial offers are low across the board suggests that this is a company strategy. This might be explained by their smaller insurance policies—their adjusters are more willing to gamble with low ball offers knowing that policy limits are low if the low ball strategy backfires.

We pulled a selection of first offers based on the amount of medical bills the victim had in order to give you an idea of Progressive’s low settlement offers.

You can see from these figures that Progressive’s offers often do not even cover the cost of the accident victim’s medical bills, let alone compensate them for other damages. The company gets away with this by saying either that the medical treatment was unnecessary or that the bill is inflated.

Should I Settle My Car Accident Claim with Progressive or File a Lawsuit? 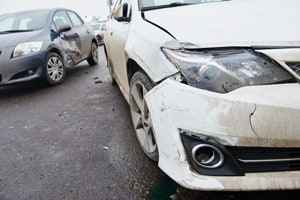 “Progressive insurance adjusters in Maryland become more reasonable after a lawsuit is filed.”

Filing a lawsuit does not mean that you will go to trial. In fact, Progressive tries to avoid trials. For one, Progressive has a small office of in-house attorneys available to take cases to trial. This imposes a hard and fast limit on the number of cases they can try. Additionally, a jury verdict on a car accident case may far exceed a client’s policy limits, forcing Progressive to pay much more than if it had settled.

What, then, does filing a lawsuit achieve? Filing suit basically tells Progressive that if they do not offer you a fair settlement, you will take them to court. Since they want to avoid this, Progressive’s offers become far more reasonable once a lawsuit exists.

How Reasonable is Progressive in Uninsured Motorist Claims?

If you were in a car crash caused by someone with no insurance, are the victim of a hit and run, or your damages exceed the limits of the at-fault driver’s policy, you may have to submit a claim against your own policy. In these cases, Progressive is somewhat fairer to its policyholders. However, this company is still unreasonable, and it is hard to know what to expect from uninsured motorist claims against them.

If you have serious injuries, we recommend speaking to a lawyer before contacting Progressive as the best way to maximize the value of your claim. If you have minor injuries or property damage and want to file a claim with Progressive, call 1-800-776-4737. You can also report claims using the company’s mobile app. If you have a personal injury claim from a car accident, it would be wise to contact an injury attorney for a free consultation before contacting Progressive or any insurance company. Why? Because without getting good legal advice, you may say or do something that the insurer will try to hit you over the head with in future litigation. Our Maryland accident lawyers have seen this happen many, many times.

Progressive will make an offer quickly, but it may be less money than you deserve. You may also wish to contact Progressive about getting a rental car. Insurance companies should give you a rental car if their insured caused the accident that damaged your car.

Is Progressive an Easy Insurance Company to Deal with on Injury Claims?

As we talk about above, we think Progressive is one of the worst insurance companies to deal with on personal injury claims. This is a company that is very likely to make you file a lawsuit. But a lawsuit almost invariably softens this insurance company's resolve. Progressive has a long history, at least in Maryland, of paying fair value and more on claims after a lawsuit is filed. It lets few Maryland cases go to trial, particularly in Baltimore City and Prince George's County.

How Does Progressive Determine Who Is At-Fault for a Car Accident?

Progressive is quick to conclude that a driver bringing a claim to them is fully or partially at-fault for the crash. Our lawyers have seen in litigation some pretty strained interpretation of facts to conclude that our client is at-fault. Progressive does an investigation looking at the relevant evidence, such as the police report and witness statements, to find a path to deny responsibility. In cases where that it is impossible to deny fault, Progressive will quickly look to finding ways to minimize the victim's injuries and damages. Progressive is famous in our office for reducing what it will offer in a settlement for medical bills, claiming the medical provider charged too much.

Will Progressive Take Cases to Trial in Maryland?

As we have said, Progressive typically writes small insurance policies in Maryland. The only risk Progressive has of paying more than the policy limits is by letting a case go to trial. So while it is quick to give you a lousy offer before you file a lawsuit, it changes its tune before ever sitting down at the trial table in front of a jury.

Progressive has in-house company lawyers in Maryland that defend car accident lawsuits filed against the company or its insureds.  In 2020, the company moved its in-house lawyers from Hunt Valley to a new address: 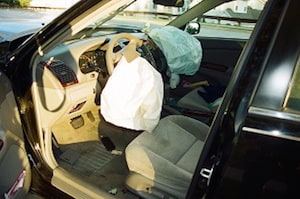 If you were seriously injured in a car accident, you want to know the potential value of your insurance claim. Below are examples of verdicts and settlements involving Progressive as the insurance carrier. There are far too many factors at play to directly match your case to one of these examples. However, we provide these examples as a tool to help car accident plaintiffs and lawyers come up with a range of possible settlement values.

If you or a loved one were injured in a car accident, you deserve a fair settlement. The motor vehicle accident lawyers at Miller & Zois have fought Progressive hundreds of times. For a free consultation, call us at (800) 553-8082 or contact us online.

Progressive Claims
Client Reviews
★★★★★
They quite literally worked as hard as if not harder than the doctors to save our lives. Terry Waldron
★★★★★
Ron helped me find a clear path that ended with my foot healing and a settlement that was much more than I hope for. Aaron Johnson
★★★★★
Hopefully I won't need it again but if I do, I have definitely found my lawyer for life and I would definitely recommend this office to anyone! Bridget Stevens
★★★★★
The last case I referred to them settled for $1.2 million. John Selinger
★★★★★
I am so grateful that I was lucky to pick Miller & Zois. Maggie Lauer
★★★★★
The entire team from the intake Samantha to the lawyer himself (Ron Miller) has been really approachable. Suzette Allen
★★★★★
The case settled and I got a lot more money than I expected. Ron even fought to reduce how much I owed in medical bills so I could get an even larger settlement. Nchedo Idahosa
View More
Submit a Law Firm Client Review
Our Firm ›
Attorneys ›
Medical Malpractice ›
Personal Injury Practice ›
Communities Served ›
Injury Victim Help Center ›
Plaintiff Attorney Center ›
Insurance Company Insight ›