This page is about personal injury claims involving Chubb and how to maximize your insurance settlement payout with Chubb.

This insurer provides insurance in 54 countries and employs approximately 31,000 people. Today, 40% of its business is outside the U.S. Like most insurance companies, it is very profitable. Chubb reports revenues of over $40 billion in 2021.

Chubb is a small player in car insurance in Maryland, with only 0.15% of the private automobile insurance market share, and only $5,314,571.00 in premiums written that year. In Maryland, our attorneys see Chubb more frequently in commercial car and truck accident cases, and product liability claims.

In 2015, Chubb was purchased by ACE, an international commercial insurer that has a presence in 54 countries. Chubb is now the world’s largest publicly traded property and casualty company in the world and has more market share than any other commercial insurer in the country.

In dealing with Chubb/Great Northern Insurance Company/ACE, the conventional wisdom is that it is rare to get an acceptable pre-lawsuit settlement offer in automobile cases, and filing a lawsuit does not typically result in significantly better Chubb insurance settlements.

Some personal injury lawyers have described Chubb's litigation strategy as "scorched earth," meaning that they will defend claims at all costs with no regard to expense. This means that, where the negligent driver was insured by Chubb, lawyers and plaintiffs can expect to take the case to trial. 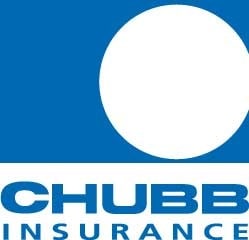 Our accident and wrongful death lawyers' experience, for whatever reason, has been different. We have had a lot of success reaching a settlement with Chubb before filing or shortly after filing a lawsuit. Of course, when Chubb or any insurance company is not being reasonable about how much money they offer in a settlement, we are going to file a lawsuit and push for a jury trial unless Chubb sees the case differently as the lawsuit progresses. (Here is one old example that got national media attention when Chubb was unwilling to settle a claim with us after we made a reasonable demand.)

Often a lawsuit needs to be filed to maximize the value of your claim against a Chubb insured.

Many cases with Chubb in Maryland go into suit not necessarily because Chubb is particularly unreasonable but because insurance companies want to take a closer look at the plaintiff - and, sometimes, the plaintiff's lawyers - in a severe injury case.

This applies in particular in products liability cases. In these cases, Chubb's personal injury settlement process is the same as many other insurance companies. They are not averse to a settlement, but they want to make sure they fully understand the claim before writing injured victims a big check.

So, unfortunately, you have to sue Chubb insured to push the ball forward even in cases where settlement payout is ultimately likely. As lawyers in these cases, it is our job to put on the best case possible to show the real value of the claim to make settlement more palatable for Chubb.

Chubb does not have in-house lawyers in Maryland, so it is required to hire outside counsel when lawsuits are filed against a Chubb insured. Chubb does a pretty good job of picking quality defense lawyers which leads to a lot of personal injury claims resolving after Chubb's lawyers get involved. We have seen some different lawyers handling Chubb Insurance cases over the years, including:

How Do I Make a Claim with Chubb Insurance?

How Does Chubb Determine the Settlement Value of Car and Truck Accident Personal Injury Claims?

As we talked about above, Chubb does take an honest look at the victim's injuries and the type of accident to determine the insurance settlement payout. Our attorneys usually do not agree with Chubb on the settlement value. This insurer is just like every other insurance company. It does not like to offer fair value of a personal injury claim without a lawsuit.

But Chubb is more reasonable than most insurance companies and they sometimes bend to pre-lawsuit pressure to make a reasonable offer without the need for filing a lawsuit.

Is Chubb Eager to Litigate and Take Personal Injury Cases to Trial?

Not many lawsuits against Chubb that are filed in Maryland go to trial. Chubb is eager to steer clear of the courtroom. Our lawyers do not really ever go to trial with Chubb. What's more, we don't remember any lawyer in Maryland taking a Chubb case to trial in the last 10 years. A search of databases for jury verdicts also comes up empty. The take-home message? Chubb is not racing to the courthouse steps to try lawsuits in Maryland.

Who Defends Chubb's Interests in Lawsuits in Maryland and Washington, D.C.?

Chubb does not have in-house lawyers who work for the insurance company like many other large insurers. So it hires many lawyers to handle its claims in personal injury lawsuits filed by it or its insureds in Maryland and Washington D.C. Saunders & Schmieler have defended Chubb in Maryland. Crosswhite Limbrick Sinclair has defended Chubb in D.C.

Below are sample verdicts and reported settlement amounts from an auto accident and other personal injury cases in which Chubb was the responsible insurance company.

We have dealt with Chubb adjusters at the following addresses:

Our Lawyers Can Help You With Your Accident Claim Against Chubb

Our law firm has fought and won against Chubb Insurance to obtain verdicts and favorable settlements against them. If you've been in an accident with a driver insured by Chubb, contact us at 800-553-8082 or online for a free consultation.

Automobile Insurance Companies: A ComparisonMore Information on Automobile Claims and LawsuitsInformation on Our Personal Injury Law Firm
CHUBB Insurance: Accident Claims and Settlements
Client Reviews
★★★★★
They quite literally worked as hard as if not harder than the doctors to save our lives. Terry Waldron
★★★★★
Ron helped me find a clear path that ended with my foot healing and a settlement that was much more than I hope for. Aaron Johnson
★★★★★
Hopefully I won't need it again but if I do, I have definitely found my lawyer for life and I would definitely recommend this office to anyone! Bridget Stevens
★★★★★
The last case I referred to them settled for $1.2 million. John Selinger
★★★★★
I am so grateful that I was lucky to pick Miller & Zois. Maggie Lauer
★★★★★
The entire team from the intake Samantha to the lawyer himself (Ron Miller) has been really approachable. Suzette Allen
★★★★★
The case settled and I got a lot more money than I expected. Ron even fought to reduce how much I owed in medical bills so I could get an even larger settlement. Nchedo Idahosa
View More
Submit a Law Firm Client Review
Our Firm ›
Attorneys ›
Medical Malpractice ›
Personal Injury Practice ›
Communities Served ›
Injury Victim Help Center ›
Plaintiff Attorney Center ›
Insurance Company Insight ›