A look at Ameriprise Financial’s website will tell you that auto insurance appears to be mostly an afterthought. The company does everything—financial planning, banking, retirement and annuities, investments and lending.

The Wisconsin based company has been around since 1894, but it is a relative newcomer to the car insurance field. It started writing policies about twenty years ago. They do not have a significant market share in Maryland or Washington, D.C. -- thriving mostly in California -- but Ameriprise seems to be adding market share in the Baltimore-Washington area. The company has done a good job of leveraging its relationship with Costco to sell insurance in Costco's stores and its website. (Our lawyers have brought claims against both of these companies.)

Dealing with Ameriprise on Injury Settlement Claims Before Filing Lawsuits 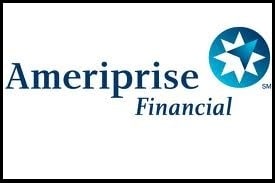 Ameriprise is an enormous company. Our accident lawyers have found them to be a challenge to deal with on car crash claims. Ameriprise is typically slow to move, and many clients come to us because they cannot make any progress settling their claims by themselves.

One of their unstated goals must be to bury accident victims in paperwork before paying claims. Recent surveys indicate that, even among Ameriprise clients, customer satisfaction is only at about 67%. Take these surveys with a grain of salt - their methodology may be very flawed - but they do comport with our law firm's experience with Ameriprise.

Sadly, in many cases, the best course of action in an accident claim with Ameriprise is to file a lawsuit. They do not have in-house counsel in Maryland (and I doubt other jurisdictions), so Ameriprise is forced to hire a lawyer who will often force them look at the case more seriously. Rollins Smalkin, a Baltimore firm, is doing some work defending Ameriprise).

At this point in the game, some level of sanity is often restored if only because we can deal with a law firm that understands Maryland law and can rationalize with Ameriprise. We find that many Ameriprise claims that we are forced to file lawsuits for settle before trial when an experienced defense lawyer enters the equation.

One great way to judge insurance companies is to see just how ticky-tacky they are with their insureds, people that are paying them money every month for coverage. In Ameriprise's case, the answer is pretty ticky-tacky.

Beginning late last year, our lawyers noticed that Ameriprise was trying to require recorded statements from our clients before paying on PIP car crash claims. (PIP is no-fault coverage that pays for, among other things, medical expenses and lost wages (See our main PIP webpage here.) There are very few insurance companies in Maryland asking for a recorded statement as a matter of course for a PIP claim. It just underscores what we are dealing with in Ameriprise.

Our firm has been seeing a lot more Ameriprise cases in past years. We are accustomed to their delay tactics and their ridiculous defense postures. If you have been in an accident involving an Ameriprise insured, contact us at 1-800-553-8082, or click here for a free evaluation of your case.

More Information on Dealing with Ameriprise
Ameriprise: Auto Accident Claims and Settlements
Client Reviews
★★★★★
They quite literally worked as hard as if not harder than the doctors to save our lives. Terry Waldron
★★★★★
Ron helped me find a clear path that ended with my foot healing and a settlement that was much more than I hope for. Aaron Johnson
★★★★★
Hopefully I won't need it again but if I do, I have definitely found my lawyer for life and I would definitely recommend this office to anyone! Bridget Stevens
★★★★★
The last case I referred to them settled for $1.2 million. John Selinger
★★★★★
I am so grateful that I was lucky to pick Miller & Zois. Maggie Lauer
★★★★★
The entire team from the intake Samantha to the lawyer himself (Ron Miller) has been really approachable. Suzette Allen
★★★★★
The case settled and I got a lot more money than I expected. Ron even fought to reduce how much I owed in medical bills so I could get an even larger settlement. Nchedo Idahosa
View More
Submit a Law Firm Client Review
Our Firm ›
Attorneys ›
Medical Malpractice ›
Personal Injury Practice ›
Communities Served ›
Injury Victim Help Center ›
Plaintiff Attorney Center ›
Insurance Company Insight ›