This is a sampling of jury verdicts and settlements with Liberty Mutual. Most of these are Maryland claims but we have added in others from around the country.

Liberty Mutual does not try a lot of cases, particularly in the Baltimore area.  You will not see a ton of verdicts like you do for State Farm or GEICO. Why?  Liberty Mutual prefers to settle personal injury claims whenever possible

Some of these cases listed below are ours. Other cases are claims brought by our colleagues or pulled from verdict and settlement reports. Please remember this is not a scientific sampling and might not represent the value of your claim, even if the facts seem similar. Still, we think these reports shed some light on the value of these claims. It is also worth noting that we are looking at personal injury claims, not workers comp case which have a much lower value in most jurisdictions. 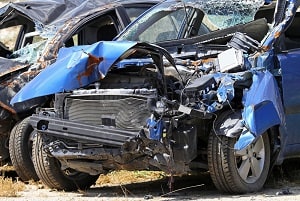 We have won millions of dollars in settlements and verdicts against Liberty Mutual. Let us take them on for you. We know how to maximize the value of these cases. Call 800-553-8082 or get a free online consultation.

If you have suffered as the result of a car collision, call us at 800-553-8082 or get a free claim evaluation online.