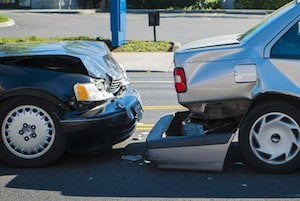 If you have been in a rear-end accident, you have questions. The first question is often what is the trial or settlement value of my accident case?

Rear-end crashes are not rare. According to the National Highway Traffic Safety Administration, around 30% of all car accidents are rear-end collisions and 7% of all accident deaths. Generally speaking, the injuries and property damage in rear-end accidents are not as significant as in other types of car accidents. Why?

The spacing between the impact and the occupants, and the fact that so many rear-end accidents occur at relatively low speeds. Most of the $5 billion insurance companies pay out every year, in rear-end accident settlement and verdicts, involve property damage claims.

But that is misleading, too. Our rear end truck accident lawyers in Maryland have had severe injury and death cases in rear-end accidents. Especially when trucks are involved, or our client was on a motorcycle or when the speed of the rear-ending vehicle is extremely high. Years ago a study was done was done looking at truck crash crash data from Washington state and it found what you would expect: rear-end truck accidents cause significantly more serious injuries than a passenger vehicle. So there is no question the involvement of trucks is a real variable in the scope of injuries and, ultimately, the settlement value of the case.

Driver inattention accounts for the largest of rear-end crash causal factors. The National Highway Traffic Safety Administration reports that 63% of all rear-end crashes were caused by driver inattention. A frequent cause of rear-end accidents occurs is a form of driver inattention known as “look but did not see” occurs during periods of pre-occupation when drivers are looking at the hazard in front of them but are lost in their thoughts and are oblivious to the vehicle in front of them in plain sight. So despite scanning the environment, too many drivers experience stretches of time when little to no information is being processed from the forward roadway.

Finally, too many drivers simply follow the lead vehicle too closely and do not have the reaction time to break to avoid a crash.

The following verdicts and settlements are a random sampling of recently resolved rear-end accident cases. Some of these cases are Miller & Zois cases in Maryland and elsewhere and others are results obtained by other accident attorneys from around the country.

Remember a few things when using this data. First, there is no way to predict the settlement value of your case by just looking at a similar case. Every claim is different. Looking at a certain kind of accident is also probably an inferior lens to be looking at in trying to find similar cases to yours. (The better metric is looking at similar injuries.) But these are still helpful to attorneys and victims in understanding how these cases are valued for settlement (and by juries). 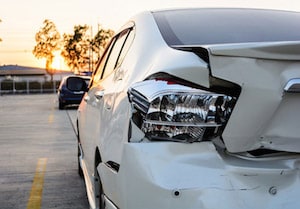 Get More Verdicts and Settlements
What Is Maryland Law on Rear End Car Accidents?

Fortunately, Maryland law is relatively favorable for victims of rear-end collision accidents. Maryland has an evidentiary presumption rule that makes litigating these claims slightly easier. Our courts have held that a presumption of negligence is placed on the driver of the following vehicle in a rear-end collision.

While the plaintiff still has to prove his case, this presumption already puts a defendant on the back foot in a rear-end collision case. Statistics show that plaintiffs win approximately 63% of rear-end truck accident cases, which seems absurdly low. I cannot imagine that is the statistic in Maryland. Our law firm has never lost a rear end accident case.

Why Do Rear-End Accident Injuries Linger?

During a rear-end crash, the seat back cushion moves into the torso of a vehicle's occupants as the vehicle surges forward. Occupant motion research indicates that rear-end impact change in velocity levels over even three miles per hour for unsuspecting motorists has sufficient forces to cause an occupant's head to rotate rearward enough to hit an upright headrest. This impact causes a jolt that leads to soft tissue injuries, usually in the neck but also in the back, involving joint capsules, muscles, ligaments, and tendons. These types of injuries by their inherent nature can take a long time to heal.

Were you seriously injured in a motor vehicle accident? We will fight for you to get you the money you deserve. Contact us to learn about your options and what we can do for you. You can get a free online consultation, or you can call us at 1-800-553-8082.