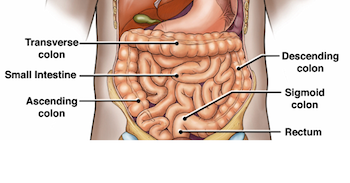 This is a failure to diagnose rectal cancer case. A married man with two adult children goes to Frederick Primary Care Associates, P.A., a huge primary care provider with 9 locations, for a normal checkup. His review of symptoms ("ROS") is negative for rectal bleeding, and his rectal exam is normal.

Approximately three and a half years after the man's hemorrhoids and rectal bleeding are first documented, he goes to a new doctor. When the new doctor sees the man's rectal bleeding and loose stools, he orders a colonoscopy. Before the colonoscopy can be performed, the man goes to the ER at Frederick Memorial Hospital with complaints of rectal bleeding, chronic diarrhea, and a reported 15-pound weight loss.

The colonoscopy eventually reveals that the man has an ulcerated mass measuring 7 x 4 cm in his rectum. He has rectal cancer and immediately begins radiation therapy while in the hospital. He continues undergoing chemotherapy and radiation for several months as an outpatient. Despite aggressive medical intervention, the cancer spreads throughout his body. He passes away.

The man's wife and two surviving sons bring a survival action and a wrongful death claim against Frederick Primary Care Associates and the Defendant doctor in Frederick County. They allege that the standard of care was violated when the Defendants failed to arrange further evaluation pursuant to the man's rectal bleeding and failed to order a colonoscopy in light of the man's complaints of ongoing rectal bleeding and change in bowel habits.

If you have suffered as a result of the negligence of a doctor, nurse or hospital, Miller & Zois can help you. You are entitled to justice and monetary compensation for the needless harm that has been done to you. Miller & Zois has a very long history of results in medical malpractice and nursing home cases in Maryland, earning large verdicts and settlements, including at $10 million verdict in 2016 in a wrongful death case. Call today to speak with a caring medical negligence attorney who will help you at 800-553-8082 or get a free online case review.