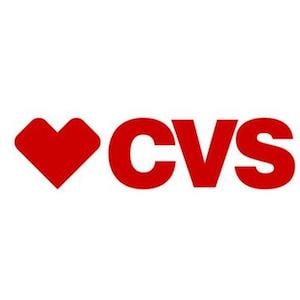 CVS is one of the largest retail pharmacy chains in the United States. There are hundreds of CVS pharmacy stores in Maryland, Washington DC, and Virginia,  plus thousands more across the country.  Baltimore is loaded with CVS pharmacies.  Each CVS location has a multipart business: a pharmacy that fills prescription medications and a retail store that sells over-the-counter health products and a variety of other convenience items.

Premises liability refers to lawsuits against property owners by people who are injured by some sort of hazardous condition (e.g., wet floor) on the premises. These are often referred to as "slip and fall" cases. Lawsuits by customers against retail stores (such as Target or Walmart) are the most common type of premises liability case.

All CVS locations have significant retail shopping store components. The CVS retail stores are very high-volume with lots of individual customers conducting numerous small transactions. Compared to other retailers like Home Depot, CVS retail stores do not have any particularly hazardous features or potentially deadly merchandise.

However, busy CVS locations can often be host to a large number of customers going in and out daily. This level of inbound and outbound customer traffic alone puts CVS at risk so it is not surprising that premises liability is the most common type of tort action that CVS defends.

CVS stores fill over a billion medication prescriptions every year across the U.S. When filling prescriptions, CVS pharmacies as functioning as healthcare providers which means they can be sued for medical malpractice. Malpractice lawsuits against CVS always involve some type of prescription medication error. Medication negligence by pharmacies falls into one of two major subtypes: (1) dispensing the wrong drug; and (2) harmful drug interactions.

High-volume pharmacies like CVS make drug dispensing or prescription filling errors a lot more frequently than most people would think. Drug dispensing errors can include situations where the pharmacy dispenses the wrong medication (i.e., a completely different medication than what the prescription calls for). Another common error involves dispensing the wrong dose (e.g., giving 100mg pills instead of 10mg pills).

These sorts of filling mistakes happen a lot, but 9 times out of 10 the error is relatively harmless. Even if the pharmacy gives you the wrong drug or the wrong dose it is usually not going to hurt or kill you. When dispensing errors do cause actual harm or adverse side effects, they are often short-lived and no permanent injuries are involved.

Most prescription error cases against CVS involve situations where the wrong drug results in a few days or weeks of physical distress and maybe a short hospital stay with no long-lasting health consequences. As a result, these cases tend to have a lower value.

Below are summaries of lawsuits against CVS that resulted in jury verdicts or settlements that were publicly reported. These cases include both premises liability and medication error claims. Keep in mind that the cases below are just a small, limited sampling of CVS lawsuits because they do not include cases or claims that were settled confidentially.

Hire a Lawyer for your CVS Lawsuit

If you have a potential lawsuit against CVS in the Baltimore-Washington area for premises liability, medication error, or something else you need an experienced, respected personal injury firm in your corner. CVS is a huge corporation with billions in annual revenues so you can expect them to pay out top dollar to defend your claim.

The lawyers at Miller & Zois have expertise in both prescription medication errors and premises liability lawsuits. Contact us today at 800-553-8082 or contact us online.