You are sick or hurt. You go to the doctor. They give you medicine to get better. But the medicine to cure is far worse than the original disease because it kills you. If this happens to someone you love, it is your worst nightmare. 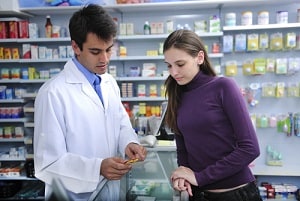 In massive numbers, this scenario plays out every day in this country. Medication errors lead to 7,000 deaths a year.

Loss of life is always painful but it is particularly hard when the mistake that caused the death was so simple as pharmacy errors are.

This article will discuss the following areas important to understanding how to respond to such errors:

The Breadth of the Pharmacy Error Problem

Pharmacy errors can take on several forms, each of which can harm a patient on the receiving end of a mistake. Sometimes, doctors just write down the wrong drug or the wrong dosage. With some drugs, .2 grams is appropriate and 2 grams can cause injury or death. It is just a decimal, but it can be the difference between life and death.

Pharmacists also cause fatal injuries by giving out the wrong medications, filling the incorrect dosages, or providing inaccurate instructions on how to take the medication.

Mistakes by pharmacists in giving patients the right medication affects a large number of people nationwide. The Institute of Medicine found that medication errors hurt about 1.5 million people very year. The scope of the problem is hard to fathom.

Given the wide range of victims, and the potential for such pharmacy errors to cause the death of the victims involved, it's important for the families of the victims to know their rights regarding potential wrongful death lawsuits.

Under the Maryland Wrongful Death Act, the parents, spouses, or children of the deceased victim of a pharmacy error can bring an action against the pharmacy for damages. The plaintiffs can sue for economic loss. They can also sue for the worst harm of all if you are a surviving family member: the mental anguish and emotional pain and suffering of losing someone you dearly love.

Potential plaintiffs need to take special care in making sure that they bring a claim under this act in a timely fashion. The family of the deceased victim of pharmacy error generally, with some exceptions, has three years from the date of the victim's passing to file a lawsuit.

This means that the family of the victim needs to seek counsel as soon as possible if they suspect that pharmacy error led to the victim's death, since preparing for and filing a lawsuit can be a process. We need to be able to review the medical records, evaluate the case, and go over the records with doctors who can serve as expert witness in the case. 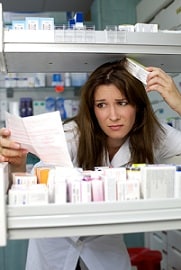 Steps to Take to File a Wrongful Death Lawsuit

The first act the family of a victim of pharmacy error in Maryland should take for a wrongful death lawsuit is to find an attorney to go over the facts surrounding the error and its effect on the victim.

The other important step the family needs to take is deciding, after discussing what happened with the lawyer, whether to file the lawsuit and seek damages under the Wrongful Death Act.

To find out if we can help you bring your claim, get a free no obligation case consultation at 800-553-8082 or we can evaluate your case on-line.