Tinnitus and hearing loss injuries can be caused by exposure to extreme noise levels and physical trauma.

On this page, our lawyers look at personal injury claims involving hearing loss and tinnitus and how much of a settlement compensation payout you might expect for your injuries. 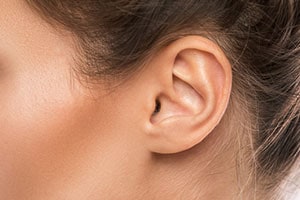 Tinnitus is the perception of sound in the absence of an external auditory stimulus. In other words, you are hearing sounds that are not there. Typically it presents as ringing in the ears. Tinnitus may be anything from a soft whistle to a loud whine.

The ringing or sound may either be intermittent or continual.  Tinnitus also causes loss of effective hearing.

Tinnitus is often called a "hidden hearing loss" because it is not always detected by conventional hearing tests.  Frustrating, victims are often told their hearing is just fine.

But the suffering is very real.  Often, the problem is exposure to loud noises damages the brain's ability to listen selectively and decode words.  Our lawyers get calls every days from veterans and active duty military personnel who were expose to loud noises in combat.

While many learn to ignore and compensate for the phantom sounds, tinnitus impacts quality of life. Tinnitus has been shown to be associated with sleeping disorders, depression, and anxiety. It may affect concentration and the ability for attentional focusing and working memory and is a condition difficult to treat.

The time a patient struggles with tinnitus can vary from a few days to a lifetime. Hearing and labyrinthine dysfunction sometimes travel with tinnitus. This is a particularly common consequence of head injuries due to damage to the auditory nerve, the cochlea, or middle ear conducting.

For some, noise-canceling headphones and cognitive behavioral therapy help some of the pain and suffering from tinnitus. But for some, treatment has little or no effect.

How is Testing for Tinnitus Done?

Tinnitus Assessment is performed using a variety of test signals from pure tones to narrowband and white noises.

What Kind of Doctor Treats Tinnitus?

Typically an ear, nose, and throat doctor (ENT) is the type of physician that diagnoses treats tinnitus. ENTs (formerly known as otolaryngologists) specialize in medical conditions involving or relating to the ears, noses/sinuses, mouth, and throat. Some ENTs focus specifically on the ears and treatment of hearing problems, such as tinnitus.

The most common cause of tinnitus is excessive high-level noise exposure. Employees who work in construction, production lines, automobile assembly lines, and the military are at risk.

Military and police thought they had the problem covered with acoustic earmuffs in their training programs in firing chambers to avoid that noise exposure. But it turns out that some of these noise blockers were defectively built with a design flaw which has led to a number of Tinnitus-related lawsuits involving the Combat Arms Ear Plugs.

Tinnitus can also be caused by random noise exposures like a siren, railroad engine whistle, motorcycles, loud equipment, and firearms. Victims of traumatic brain injuries, even mild TBIs, are also at great risk for tinnitus.

There are also cases of late-onset of tinnitus that have confused healthcare providers. The working theory is that tinnitus in these cases is secondary to the muscular postures patients may utilize to avoid neck pain after whiplash or other neck injury, usually after a motor vehicle accident.

Approximately 15% of individuals with a history of whiplash develop tinnitus and one or more of the following symptoms: vertigo, headache, instability, and nausea, and hearing loss. It doesn't take a major impact to get tinnitus as a result of a car accident. You do not even need any contact with the head. The mechanical shearing of the head back can impact the inner ear and cause tinnitus.

The inner hair cells are analogous to vertical spaghetti stalks. They are fragile and if you shear your hand through those stalks, they can fragment in all different layers.

Can You Get Tinnitus from Trauma?

Tinnitus is usually caused by exposure to high noise levels which damages the inner ear. However, certain types of head and brain injuries can sometimes cause hearing loss and tinnitus.

Can I Sue for Getting Tinnitus?

You can sue for getting tinnitus if your injury was caused by the negligence of another person.  This commonly occurs in car crash cases where the property damage is significant.

To prove your case, you need a medical doctor who can link your tinnitus to the defendant's negligence.

How Much Compensation Can You Get for Tinnitus and Hearing Loss?

Most personal injury claims for tinnitus arise in car accident cases. The is no payout calculator where you can punch in your injuries and get a settlement amount. But average settlement compensation payout range for tinnitus or hearing loss claims in an auto tort case seems to be $50,000 to $250,000.

The average value of a tinnitus or hearing loss claim in a product liability (like the Combat Arms litigation we talked about above), premises liability or malpractice case will likely be higher.  Expect workers' comp settlement payouts to generally be lower. (Of course, a VA or other disability claim will usually be much less.)

Below are recent verdicts and reported settlements for auto tort cases in which the primary injury was tinnitus or hearing loss.

Get More Verdicts and Settlements
Can You Get Disability for Tinnitus and Hearing Loss?

You can only get a partial disability rating of 20% or less for tinnitus and hearing loss injuries.  You can get a higher percentage rating your condition is so severe that it prevents you from working certain jobs.

If you have suffered tinnitus or hearing loss as a result of an accident the personal injury attorneys at Miller & Zois can help you get financial compensation. Call us today at 800-553-8082 or get a free online consultation.