How much is my case really worth? It is the question - spoken or unspoken - on the lips of every injury victim.

We post the jury verdicts and settlements of our lawyers and other attorneys around the country. We have done that here in parking lot injury claims.

These verdicts might teach you a lot about the value of the case. But understand their limitations, too. No two cases are quite the same and quite often the critical difference between your case and the one we wrote about involved a fact that we did not mention or the significant fact in the case is not readily apparent. 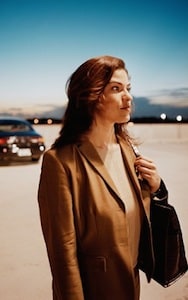 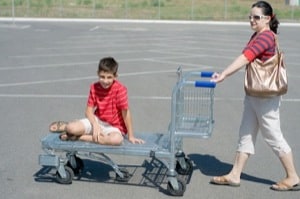 No. Maryland is an “at-fault” state for auto accidents. This applies to parking lots the same as it does to roads and highways. If there is an accident in a parking lot the same determination of fault must be made just like in any other accident. The difference with parking lots is that there may be more ambiguity because parking lots can be private property and may not have the same street signs and traffic signals as public roads.

Will Police Respond to a Car Accident in a Parking Lot?

How is Fault Determine in Parking Lot Accidents?

Fault in parking lot car accidents is determined the same way as in car accidents on the road. The drive who is found to have violated traffic rules is at fault. Parking lot accident cases almost always involve some type of failure to yield or backing up into a stationary car when pulling out. The failure to yield cases can be tricky sometimes because parking lots don’t always have the same level of signage as roads. There may be “implied” stop signs in large parking lots.

Getting Counsel Because You Need an Advocate on Your Side

Parking lot injuries can be tough claims, particularly if you are not a pedestrian because there is a school of thought percolating around insurance companies that you really cannot get hurt in a parking lot crash because there is not enough speed to cause harm, including pedestrians. This is particularly true in cases where the injury is a herniated disc or whiplash where the injury or the origin of the injuries are in question.

If you have a parking lot injury case with serious injuries, you need a lawyer and you need one sooner rather than later. There are always factual disputes - parking lots are often he said/she said cases. As a result, there is always a great deal of evidence to gather and a sophisticated injury case needs presented.

More Information
Parking Lot Car Accidents | Settlements and Verdicts
Client Reviews
★★★★★
They quite literally worked as hard as if not harder than the doctors to save our lives. Terry Waldron
★★★★★
Ron helped me find a clear path that ended with my foot healing and a settlement that was much more than I hope for. Aaron Johnson
★★★★★
Hopefully I won't need it again but if I do, I have definitely found my lawyer for life and I would definitely recommend this office to anyone! Bridget Stevens
★★★★★
The last case I referred to them settled for $1.2 million. John Selinger
★★★★★
I am so grateful that I was lucky to pick Miller & Zois. Maggie Lauer
★★★★★
The entire team from the intake Samantha to the lawyer himself (Ron Miller) has been really approachable. Suzette Allen
★★★★★
The case settled and I got a lot more money than I expected. Ron even fought to reduce how much I owed in medical bills so I could get an even larger settlement. Nchedo Idahosa
View More
Submit a Law Firm Client Review
Our Firm ›
Attorneys ›
Medical Malpractice ›
Personal Injury Practice ›
Communities Served ›
Injury Victim Help Center ›
Plaintiff Attorney Center ›
Insurance Company Insight ›