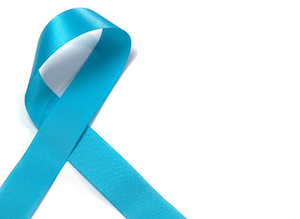 Ovarian cancer is cancer that originates in the ovaries, the female reproductive organ responsible for releasing eggs and hormones. In 2021, in spite of recent advances in treatment, the American Cancer Society predicts that 21,410 Americans will be newly diagnosed with ovarian cancer. It is a deadly cancer. Approximately 13,940 women will die from the disease.

When cancer is misdiagnosed or goes undiagnosed for a long period of time, it becomes more difficult to treat. This is because cancer is typically easier to treat if it is caught in the earlier stages before it spreads to other areas of the body.

If you or a loved one were the victim of a diagnostic error, contact the Baltimore, Maryland medical malpractice attorneys at our law firm, Miller & Zois. Call us at (800) 553-8082 or get a free online consultation of your potential cervical cancer misdiagnosis case. Below, we detail the diagnosis and treatment of ovarian cancer, including how it may be misdiagnosed. Follow the links below for answers to specific questions.

These are questions about ovarian cancer lawsuits that victims ask.

What is Ovarian Cancer? 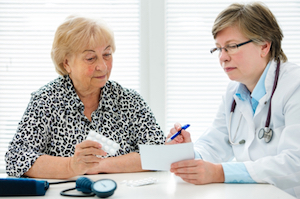 Cancer is caused by an alteration in the genes that control cell growth, resulting in uncontrolled cell growth. This can originate in the ovaries, a pair of organs central to the function of the female reproductive system.

The ovaries are two grape-sized organs located on either side of the uterus. They have several important functions for the female body and reproduction. They produce the hormones estrogen, progesterone, and testosterone. Additionally, they produce and release gametes, or eggs. The ovaries play a central role in puberty, fertility, and pregnancy.

When cancer begins in the ovaries, symptoms may not be noticeable at first. As the disease progresses, the patient may experience symptoms such as abdominal or pelvic pain, irregular vaginal discharge or spotting, bloating, loss of appetite, frequent urination, and constipation.

Ovarian cancer can spread to nearby areas, including the fallopian tubes, uterus, and bladder, as well as nearby lymph nodes, and eventually to distant organs, typically the liver or spleen. The disease, particularly when it spreads throughout the body, can be fatal.

Am I at Risk for Ovarian Cancer?

About 1.2% of women will be diagnosed with ovarian cancer during their lifetime. There are risk factors that increase the odds that a person will develop this type of cancer. For example, it is overwhelmingly diagnosed in older women—half of cases are found in women over 63, and having this cancer when you are young is rare. Other risk factors include:

Genetic factors can also greatly increase a woman’s chance of having gynecological cancers. You are at a higher risk if someone in your family has had ovarian, breast, or colorectal cancer before. Almost a quarter of all ovarian cancers are attributed to a family cancer syndrome. This is when a gene mutation that causes cancer is passed down from parents to their children.

On the other hand, having had children before and/or using birth control pills reduces your risk.

“Genetic factors are a predictor, and women older than 63 have a much higher risk than younger women.”

What Are the Signs of Ovarian Cancer?

The following symptoms are characteristic of ovarian cancer:

Though these symptoms may occur in healthy people or for reasons other than a malignant tumor, always go to the doctor if you have vaginal bleeding, a strange lump or bloating, or if any of these symptoms occur more than a few times a month.

How Is Ovarian Cancer Diagnosed and Treated?

Unlike some other types of cancer, there is no way to efficaciously screen for ovarian cancer. A pap smear cannot detect ovarian cancer, just cervical cancer. In fact, though blood testing may reveal ovarian cancer, screening for this type of cancer in asymptomatic women is not recommended by many health organizations because a high number of false positives can lead to serious surgeries (think hysterectomies) that prove unnecessary. This means that it is usually only diagnosed once symptoms exist, which may or may not be early on in the disease.

If you have the symptoms listed above or if your gynecologist notices something abnormal with the ovaries during a pelvic exam, they should perform diagnostic tests and ask about your health and family history. The specialist that treats cancers in the female reproductive system is called a gynecologic oncologist. These tests can determine a person’s risk, the presence of a tumor and cancer cells, the spread of the cancer, and other important information.

If the test results confirm a cancer diagnosis, doctors need to determine the stage of the cancer, or how far it has progressed. The stages of cancer depend on the level of metastasis (spread). The higher the stage, the worse the prognosis typically is for recovery. In general:

The treatment options for cancer can, of course, be complex. The treatment plan that cancer patients and their doctors create depends on the stage of the cancer, the patient’s health, and the patient’s personal preferences. Usually, the treatment employs both surgery and chemotherapy to remove the tumor and kill the cancer cells. Often, the ovaries, fallopian tubes, and even the uterus are removed.

How deadly is ovarian cancer?

The five-year survival rate for ovarian cancer patients compared to a person who isn’t sick is 48.6%. This is middle-of-the-road when it comes to cancers. While some cancers, such as breast cancer, can have survival rates in the 80-90% range, others, such as pancreatic cancer, are far more dire, with only an 8% survival rate.

“The early diagnosis of cancer greatly improves the likelihood of survival.”

But this survival rate does not tell the whole story. That is because it is the average rate of different stages of the most common type of ovarian cancer (epithelial). When you look at the survival rates of this type of cancer broken down by stage, you realize that early detection of the disease greatly improves its outcome. The five-year survival rates by stage are as follows:

Historically, it has been difficult for medical professionals to catch this cancer in its early stages. This is because there is no screening process for asymptomatic patients, and symptoms do not always show until the disease is in its later stages. Improving the early diagnosis of this cancer is a priority for many researchers. The good news is that for the past few decades, ovarian cancer incidence and death rates have been slowly but steadily decreasing.

What can mimic ovarian cancer and lead to misdiagnosis?

It is possible to have ovarian cancer without knowing, until symptoms become obvious. But what happens when you have symptoms and are told that it is not cancer, but are later diagnosed with cancer at a subsequent visit to the doctor? In other words, what happens if you do not get an accurate diagnosis and are misdiagnosed?

Some of the symptoms of ovarian cancer are easy for healthcare providers to shrug off as symptoms of a much less serious problem. Things like bloating and urinary symptoms, for example, may not be taken seriously by all doctors. Symptoms of ovarian cancer are sometimes misdiagnosed as IBS (irritable bowel syndrome), indigestion, heartburn, diverticulitis (digestive tract inflammation), a UTI (urinary tract infection), endometriosis (noncancerous tissue growth), or menopause. If something with your diagnosis feels wrong, speak up and request more testing, or seek a second opinion.

If you were misdiagnosed or received poor medical treatment, you may be wondering if you were the victim of medical malpractice. A doctor’s failure to diagnose cancer, especially if it could have been caught before it reached an advanced stage, has serious consequences. Medical malpractice may have occurred if, for example:

Numerous health organizations have recommended clinical practice guidelines for the diagnosis of this cancer. There are some main takeaways from the guidelines that may be able to help medical malpractice attorneys. First, routine screening of asymptomatic women is not currently recommended because it can lead to false positives and unnecessary surgeries that can affect fertility.

Secondly, high-risk women, namely those with a genetic condition or family history, should be offered a screening, including ultrasonography, genetic testing, and a pelvic exam. Women with BRCA1 or BRCA2 mutations are advised to have an oophorectomy (removal of ovaries) after a certain age, given their high risk.

Third, if you have symptoms and particularly if the doctor can detect a mass, they should run diagnostic tests to determine whether or not your symptoms are likely caused by cancer. The doctor must run tests, described above, to either confirm or deny the presence of cancer.

Many victims of medical malpractice want to know the potential value of their lawsuit. While we cannot say without looking at the unique factors that affect your case, we can look at the value of past lawsuits.

To that end, we provide a random sampling of verdicts and settlements from around the country below.

Ovarian Cancer: Epithelial Ovarian Cancer by NCCN Guidelines for Patients, 2019.
The National Comprehensive Cancer Network (NCCN) is a leading cancer organization in the United States. These guidelines, adapted to be read by cancer patients and their families, provide an overview of ovarian cancer and detail the diagnosis, staging, and treatment of this cancer.

Variation in the initial assessment and investigation for ovarian cancer in symptomatic women: a systematic review of international guidelines by Garth Funston et al., BMC Cancer, Nov. 2019.
As the authors in this study say, ovarian cancer is sometimes considered a “silent killer” based on the fact that early diagnosis is challenging. The science, though, is improving all of the time. In this first-of-its-kind study, the authors compared the quality of guidelines from organizations all around the world for diagnosing ovarian cancer. They found that these recommendations varied depending on the country and conclude that there is much work to be done to determine what write guidelines that capture the best way to diagnose this cancer based on evidence.

Detection of Early Stage Ovarian Cancer in a Large Community Cohort by Elizabeth Suh-Burgmann and Mubarika Alavi, Cancer Medicine, Nov. 2019.
The aim of this study was to compare the presentation of ovarian cancer in patients diagnosed at an early stage vs. in those diagnosed at a late stage. The women were all patients at a California hospital system. 35% of the 540 women in the study were diagnosed at an early-stage, and 74% of these early-stage patients were symptomatic. Patients who were diagnosed early were slightly younger, were more likely to present to gynecologists, and were more likely to have a palpable tumor (able to be felt) or postmenopausal bleeding. This suggests that these two symptoms are more likely to be true early warning signs. Women with an early and late diagnosis were equally likely to have abdominal pain and bloating. Abdominal pelvic CT scans and pelvic ultrasounds were equally as effective in detecting cases at an early stage.