Do you have eye or vision problems after Lasik surgery on your eye? 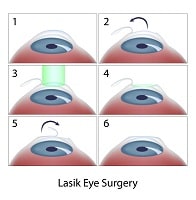 Do you have eye or vision problems after Lasik surgery on your eye? Some people have more problems with their eyes after they have Lasik eye surgery than they had before the surgery.

These new problems are a great disappointment because, obviously, you got Lasik surgery to improve your vision and now it is much worse. Sometimes, this happens in the absence of medical negligence. But, far too often today when unqualified doctors are tripping over each other to fight for this lucrative business, a medical mistake is the cause of failed Lasik surgery. If you developed more eye problems after you had this surgery, you may have a claim for compensation.

Overview of the Surgery

Lasik eye surgery is a surgery performed on the cornea of the eye using a laser. A laser beam is a beam of highly focused light. It can cut some bodily tissues like a very small, very sharp knife. The cornea is the clear tissue that covers the pupil of the eye. Light passes through the cornea to the retina, which is how we see. When the cornea is not the right shape, the passage of the light through the eye is distorted. The light is not focused properly on the retina of the eye, and the person's vision is impaired.

Eye doctors use Lasik surgery to reshape the cornea so that people do not need glasses or contacts anymore. The surgery is most commonly done to correct near sightedness, which is called “myopia.”

In Lasik surgery, the doctor makes a little incision in the cornea so that he or she can lift up a small flap of the clear tissue. Then, a laser beam reshapes the corneal tissue under the flap. The doctor replaces the flap. If all goes well, the cornea heals quickly, and the patient’s vision is improved.

What are some of the possible adverse consequences of Lasik surgery?

Many people will still need glasses or contacts after the surgery; a patient’s vision will not necessarily be 20/20. These doctors and hospitals, fighting for the money that can be earned from these procedures, often imply - usually indirectly but sometimes directly - that every patient will be able to see clearly without glasses after the surgery. While this is relatively awful, these claims are not the basis for medical malpractice cases. These are known risks of the surgery that usually occur in the absence of a medical error.

The surgical changes in the cornea can affect people’s vision in adverse ways. Some patients experience a worsening of their vision, which cannot be corrected later. Some people see halos around objects or have double vision. Others have problems driving at night. These problems can be debilitating even if daytime vision is clearer.

The surgery can also affect the eye itself. For example, some people’s eyes become too dry after the surgery so that they have to use artificial tears to moisten the surface of the eye. One of the most serious adverse consequences of laser surgery is keratoconus. In this disorder, the cornea changes shape and bulges outward. This causes vision to deteriorate. For example, some people with this problem see “ghost images” – shadowy double vision -- of objects that they are looking at. Keratoconus is sometimes treated by having a patient wear two pairs of contact lenses at once. Some patients require more surgery or even a corneal transplant. However, keratoconus occurs in people who do not have Lasik surgery.

Some older patients have a variation on Lasik surgery in which each eye is altered in a different way so that one eye sees things at a distance clearly and the other sees things close up clearly. The idea is that the patient’s brain can decide what it wants to see clearly and use the vision in the appropriate eye. Some people never adapt successfully to this form of surgery and cannot tolerate having permanently blurred vision in one eye.

Are there health factors that increase the risks of surgery?

Diabetes is risk factor for most surgical procedures, regrettably, including Lasik eye surgery. Some characteristics of the eye also increase the risk of the surgery not turning out well. For example, wearing hard or soft contact lenses before the surgery can delay the healing process after the surgery. Patients who wear contacts should be advised to discontinue wearing them for days or weeks before the surgery.

The success of eye surgery varies depending on the particular vision problem that a person has. Laser surgery is more successful for some vision problems than for others, and the proper laser must be used for each type of vision problem. For example, not all surgical lasers are suitable for correcting astigmatism.

Below are some plaintiffs' verdict in Lasik eye malpractice cases. These cases were not selected as fair sampling of these cases and should not be used to presume the value of your case. Still, they give insight into the type of Lasiksurgical error cases that are treated favorably by juries. 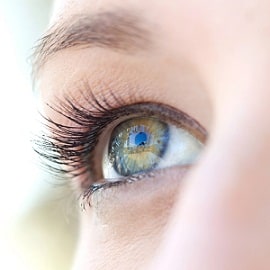 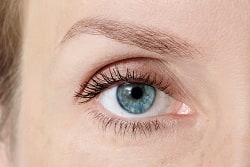 Why no Maryland verdicts? There simply have not been many. There was a defense verdict in 2003 and 2004. But not many of these cases have gone to trial in Maryland, for whatever reason. Of course, this does not include confidential settlements that are never reported. In malpractice cases, the best cases almost invariably settle.

Where can I find out if I have a valid claim?

Our lawyers can evaluate your situation to see if you have a valid claim. Two kinds of claims can arise from Lasik surgery that goes wrong. The first kind of claim is where the patient did not understand the risks of the surgery before he or she decided to have it (the Illinois case above).

Doctors have a legal duty to provide their patients with adequate information about the risks and benefits of any medical procedure. That is so that patients can make an informed decision. The second, and more common, is the kind of claim where something goes wrong during or after the surgery. Sometimes the things that go wrong are just an unfortunate happening. Sometimes they are caused by the doctor’s negligence. Our lawyers can help you sort out what really happened to you.... and why.

What Do You Need to Know to Evaluate My Claim?

The following information would help us evaluate your possible claim:

If you live in the Baltimore Washington area and believe you have been a victim of a medical error in a Lasik case, call 800-553-8082 or get a free online medical malpractice consultation.