Our Maryland-based radiologist malpractice lawyers handle lawsuits against radiologists in all 50 states.  This page is radiology malpractice cases and the settlement amounts and jury payout victims see in these lawsuits. 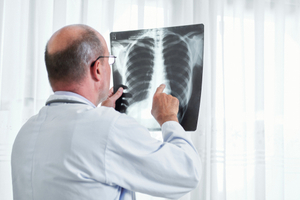 Most lawsuits against radiologists - 75% - are the result of a failure to diagnose or communicate any concerns in a test to the patient promptly.

Radiologists have a tough job. Missing an abnormality is not always malpractice. But, far too often, radiologists miss evidence of disease that a normal prudent radiologist would not miss. Approximately 31% are sued for a mistake during their careers.

Most radiology malpractice cases settle. Statistically, victims win 50% of these cases that go to trial.

Although some acts of negligence cover two or more of these categories, we focus on four general types of radiologist mistakes:

Perception error is a fancy term for when the radiologist fails to see what is there to be seen. Radiology is a skill. Some are simply better at it than others although the reality is that even a good radiologist can fail to see a positive finding on an x-ray, mammogram, MRI, or CT scan.

Repetition also helps sometimes. If a doctor is reading one MRI a month, the doctor is not likely to have the same ability as someone who is regularly reading and interpreting MRIs. These low-volume radiologists make up a high volume of medical malpractice cases.

The most common complication involving radiologists' exams is vascular injuries, often requiring an angiography or other interventional procedures that utilize a series of images to guide what is intended to be a minimally invasive procedure.

This is an interesting statistic on radiology malpractice. If radiologists are given a stack of radiographic, CT, or MRI studies that have abnormalities, approximately 30% of the abnormalities will be missed. But when you add in a lot of tests with no evidence of disease, the radiologist's overall miss rate drops 90%.

The most famous radiology perception malpractice case was the wrongful death lawsuit involving "Three's Company" star, John Ritter.  That case had many common issues you see in medical negligence in radiology cases.   Two years before his death, Ritter had gotten a CT that the radiologist interpreted as normal. Plaintiff's experts said it was not normal, and the doctors were on alert for an aortic aneurysm. The case was hotly disputed but settled for $14 million.

Knowledge errors occur when the radiologist simply does not have the requisite base of experience and knowledge to get it right. Either the doctor never learned or forgot what she need to know to make the right call that the "ordinary, prudent radiologist" would have had. We have seen a lot of cases where the radiologist saw what was there to be seen but just did not know the implications of what she was seeing.

Except for mammograms, the standard of care does not require radiologists to communicate directly with a patient. But while direct contact is not required, radiologists can't stop at just dictating a report and not making sure that the patient or referring doctor has been notified.

Communication error radiology claims are usually larger cases not because the damages are higher than in a straight misdiagnosis case but because juries can get their mind around how little was needed to make sure the information was properly communicated so the patient could get the treatment he/she needs.

You would think radiology would be a relatively risk-free place for medication errors. You would think wrong. According to a report by the Center for the Advancement of Patient Safety, medication errors that harm patients are seven times more frequent in the course of radiological services than anywhere else in the hospital. Why? Just like we just talked about above, communication breakdowns are a big contributor. The most common errors were victims who got the incorrect dose or drug, not getting the drug they need, or not getting the drug correctly.

Do Radiologists Get Sued for Malpractice Frequently?

What Do Radiologists Get Sued for the Most?

What Are My Chances of Winning a Radiologist Malpractice Case?

Below are some jury awards and settlement amounts in malpractice claims against radiologists. These examples of malpractice in radiology are very helpful in understanding the settlement values of these claims.

But these stories come with a caveat. You cannot determine the value of one claim by looking at another even if the cases appear to be the same. There are just too many variables at play. So use these and learn from them but do not take their instructive value to an illogical extreme. 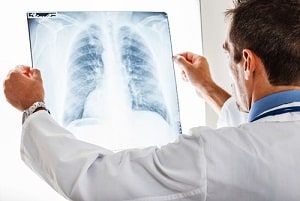 Many radiology malpractice lawsuits are not against radiologist but radiology technicians. Below are sample settlement amounts and jury compensation awards in radiology negligence cases against the technician.

Getting Help Suing a Radiologist

If you have been injured as the result of medical or hospital malpractice or negligence, call our medical malpractice lawyers at 800-553-8082 or click here for a free consultation.