This page is about medical malpractice lawsuits against IME doctors.  Your IME Doctor Is Not Your Doctor in Any Way That Matters 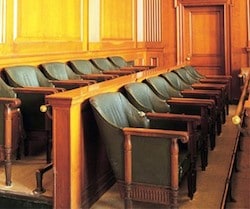 But the adversarial process is a different ballgame. There is not a doctor-patient relationship when you are being evaluated as an accident or workers compensation plaintiff in a personal injury accident case. Similarly, there is no doctor-patient relationship between a prospective or actual insured and the doctor who examines the patient for the insurance company, or an employee and the doctor who examines him for the employer.

But there are limits to this immunity. Doctors have real ethical obligations that transcend their role in litigation. The IME doctor can cross the Rubicon into medical malpractice liability by advising the "patient" or by misrepresenting the examinee's condition, particularly if the doctor is concealing evidence. We also believe a Maryland court would agree that an IME doctors are liable for injuries caused the patient during the examination. There are four possible types of claims:

Underscoring this view is the seminal case medical malpractice case in Maryland on this issue is Hoover v. Williamson, 236 Md. 250 (1964). In Hoover, the employer required employees get medical evaluations from its doctor. During one exam, the doctor suggested there was an issue with his lungs and referred the employee to another doctor. Plaintiff claimed the doctor knew he had silicosis.

But the court found that a "broader, a more fundamental rule" that a doctor can incur malpractice liability for conduct that is nonconsensual and independent of contract. In this case, the employee could bring a medical malpractice claim under Maryland law under the theory that instead of simply remaining silent, the doctor gratuitously advised the employee. In reasonable reliance on that advice, the employee failed to take other steps.

Donahue v. Maryland Casualty is a federal court case that followed the wisdom in Hoover.  In rejecting a plaintiff's motion to dismiss, the court cited Justice Cardozo: "It is ancient learning that one who assumes to act, even though gratuitously, may thereby become subject to the duty of acting carefully, if he acts at all."