Kaiser Permanente is the largest nonprofit health plan and hospital system in the country. The big picture goal at Kaiser is to bundle up health care by vertically integrating the cost, organization, and delivery of health care services in one bundle.

What does that mean? Kaiser often tries to be your doctor and your health insurer all rolled up into one.

How is Kaiser doing? Fairly well. Kaiser is ranked as the top private insurance health plan in Maryland, Washington, D.C., and Virginia. In 2021, Kaiser Permanente is ranked first by many rating health insurance plans.  But there certainly are many medical malpractice lawsuits against Kaiser Permanente.

Like most health care providers, Kaiser has excellent doctors and dreadful doctors. Because of its size, there are a lot of medical malpractice claims against Kaiser and its doctors and nurses.

There are two schools of thought on Kaiser. One is the "big facilities are going to make a lot of medical errors even if the care is excellent overall" theory, which cites the fact that there are large numbers of meritorious medical malpractice claims against the likes of the Mayo Clinic, Johns Hopkins, the Cleveland Clinic, and so forth.

The other point of view, reflected by this website for example, takes you down a diametrically opposite path: that Kaiser is a non-profit in name only and that it cuts corners on patient care, its doctors don't really care about their patients, and it is a cesspool of malpractice.

This is an important question if you are considering your options between Kaiser and another health care provider. But if you are reading this page, most likely you believe you may have been hurt -- or a loved one has been killed -- as a result of medical malpractice by Kaiser.

If this is the case, you do not care whether Kaiser is a good medical provider or a bad one. Certainly, the judge will not allow the jury to hear evidence on this issue. What you should be focusing on is whether you have a viable malpractice claim. The only way to figure this out with certitude is to contact a lawyer to collect your medical records, evaluate them, and, if warranted, send them to a medical expert who is willing to offer testimony on your behalf at trial.

Below are some example verdicts, arbitration awards, and settlements with Kaiser in medical malpractice cases. You will see that most of these are in California where Kaiser does its most complete job of integrating its health insurance plans and its healthcare providers.

One lesson you can draw from the lack of verdicts against Kaiser is that this health care provider would prefer confidential settlements over verdicts that generate widespread publicity.  Our malpractice lawyers experience - and our colleagues' experience -- with Kaiser in Maryland is that they will fight malpractice lawsuits hard but ultimately look to settle. 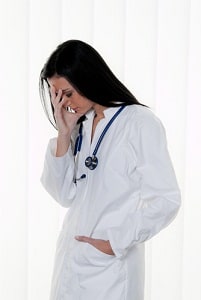 If you believe that you have a medical malpractice case against Kaiser or any other healthcare provider, contact our attorneys to get a free internet request for consultation.