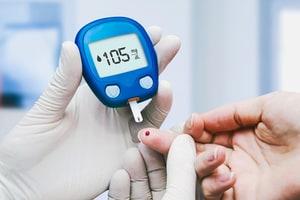 Insulin is a hormone produced by the pancreas that helps the body convert sugar, or glucose, from food into energy. After we eat, insulin is released to encourage sugar from the bloodstream to move into cells. People with Type 1 or Type 2 diabetes do not manufacture enough insulin, resulting in dangerously high blood sugar levels.

Having too much glucose in the blood for long periods damages the body. The pancreas overworks itself, causing permanent damage, and blood vessels can harden. Damaged blood vessels can result in kidney disease, strokes and heart attacks, poor circulation, and other complications.

Diabetes can sometimes be treated simply with a healthy diet and exercise. In other cases, diabetes is treated with laboratory-produced insulin or other medications. With the use of insulin, people with diabetes live much healthier lives. According to the American Diabetes Association, about 7.5 million Americans use insulin.

When taken in the wrong amounts, insulin can cause serious harm. An insulin overdose overcorrects high blood sugar and causes blood sugar to fall below a healthy level.

Once detected, hypoglycemia is treated easily with an intravenous sugar solution. It is common for diabetics to visit the emergency room for hypoglycemia after taking the wrong type of insulin (e.g. rapid-acting vs long-acting), confusing dosing units, or not eating enough food.

Problems can also arise when doctors in hospitals and nursing homes fail to monitor a patient's blood glucose level and symptoms after administering insulin. Hypoglycemia can quickly turn 180 degrees into an insulin overdose.

Maintaining a healthy blood sugar level is complicated. Blood sugar changes throughout the day in response to food intake, digestion, and activity.

People with diabetes keep their blood sugar within these limits by managing food, exercise, avoiding Covid-19, and using medications like insulin.

Millions of people monitor their blood sugar using special meters and self-administer insulin in their everyday lives. Hospitals and nursing homes administer insulin to their patients. Insulin overdoses that occur anywhere along the line are sometimes the result of medical negligence. Medical malpractice claims exist to compensate patients and their families for injuries and deaths that happen because of medical negligence.

Proper monitoring will catch mistakes made in insulin dosing and identify symptoms of insulin overdose, allowing medical professionals to correct the problem before it escalates.

Below are summaries of verdicts and reported settlements from medical malpractice cases involving insulin overdoses.

Quite often, the defendants in insulin overdose lawsuits are the nurses who incorrectly program the insulin machine. Our insulin overdose lawyers had a case like this at Miller & Zois where the patient was in the hospital recovering well and the nurse made a simple mistake that cause the man to slip into a diabetic coma from which he never recovered.

Settlement compensation payouts in insulin overdose cases can sometimes go deep into the millions because of the ongoing care required to care for a patient in a coma.

If you or a family member have been injured by an insulin overdose due to negligent medical care, you may be entitled to financial compensation. Call our medical malpractice attorneys today at 800-553-5053.