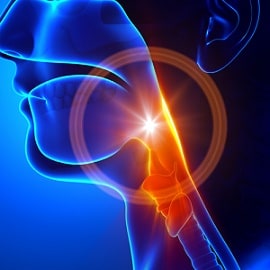 Epiglottitis occurs when the epiglottis — the lid that covers the windpipe that is located at the base of the tongue -- swells. This can stop the flow of air into the lungs.

Left unchecked, the epiglottitis will lead to a complete pulmonary obstruction that will result in death. It is most commonly seen in your children between 3 and 7 years-old.

Most wrongful death medical malpractice cases that we have seen involving epiglottitis involve the failure to diagnose the condition in adults.

What Causes the Problem and How to Solve It

Epiglottitis is generally treated with antibiotics which usually solves the problem when it is diagnosed in a timely fashion. In cases where the infection has progressed, intubation can be necessary to allow for air flow.

Where the Mistakes Happen

Medical errors usually occur in the triage of the emergency room. In too many Maryland hospitals, the standard triage protocol that is so critical to stopping a problem before it festers, is lacking. If the providers in triage do not rule out an infection when a patient comes in with a fever, sore throat, difficulty breathing or swallowing, or other classic symptoms, the patient can go downhill very fast.

The risks increase when the patient has multiple symptoms. When this happens, the doctors often focus on one symptom when they have to identify and consider all the symptoms, even the secondary ones. 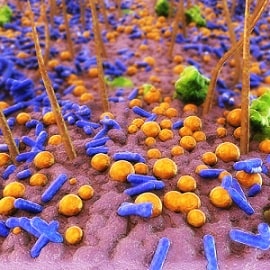 In a epiglottitis case, if a patient comes in with a fever of 104 and claims some problem breathing, the ER can't just focus on the fever. The physicians need to also rule out the possibility of an infection. Often, a simple blood test would find elevated white cell counts that would point to an infection.

There can also be mistakes in radiology. If the emergency room physicians suspect epiglottitis, they may order an x-ray to see if the flap of cartilage at the back of the tongue is swollen and obstructing the patient's breathing. The radiologist needs to catch it if it is there to be seen on the x-ray.

Below are sample settlements and verdicts in these cases. It is important to note that these are some of the winners. The majority of these cases that go to trial result in a verdict for the doctor. Of course, the best cases never make it to trial because the doctor's insurance company makes sure they settle out-of-court.

Also, please keep in mind that these cases do not mean that a case with seemingly similar facts will get the same verdict. In fact, two cases with the exact same facts might get very different verdicts for a host of reasons.

Still, we provide these results because we think they are instructive for both victims and attorneys.

Hiring a Lawyer for Your Maryland Infection Claim

Our law firm handles medical malpractice cases. Most of our case are in Maryland but at any given time we typically have a handful or so of cases in other jurisdictions. Many of our cases have involved infection misdiagnosis. If you or someone you love has been hurt or has died and you suspect a medical mistake is the cause, call us today at 800-553-8082 or click here for a free consultation.

Other Hospital Infection Resources for Malpractice Lawyers and VictimsGeneral Medical Malpractice Information
Medical Malpractice
Client Reviews
★★★★★
They quite literally worked as hard as if not harder than the doctors to save our lives. Terry Waldron
★★★★★
Ron helped me find a clear path that ended with my foot healing and a settlement that was much more than I hope for. Aaron Johnson
★★★★★
Hopefully I won't need it again but if I do, I have definitely found my lawyer for life and I would definitely recommend this office to anyone! Bridget Stevens
★★★★★
The last case I referred to them settled for $1.2 million. John Selinger
★★★★★
I am so grateful that I was lucky to pick Miller & Zois. Maggie Lauer
★★★★★
The entire team from the intake Samantha to the lawyer himself (Ron Miller) has been really approachable. Suzette Allen
★★★★★
The case settled and I got a lot more money than I expected. Ron even fought to reduce how much I owed in medical bills so I could get an even larger settlement. Nchedo Idahosa
View More
Submit a Law Firm Client Review