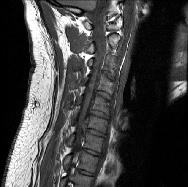 First, a disclaimer. Our law firm turns down many whiplash neck injury claims. Our lawyers handle only serious injury cases. If you have "classic" whiplash that is pain and stiffness for a few weeks, we are not the law firm for you. (Arguably, you don't need a lawyer for many of these claims.)

Yet some whiplash and soft tissue injury cases are extremely meritorious cases. If you think your case might fall into that minority of cases, our lawyers would be glad to discuss your case with you at 800-553-8082. If you want to feel out a little bit whether we would be interested in your case (or you in us, for that matter) you can fill out this free online form with a question or request that we review your case.

Motor vehicle accidents are the leading cause of death of people aged 3 to 33 in the United States. You can die from a whiplash neck injury in a car accident. Most people, of course, don't.

Whiplash injury is caused by an acceleration-deceleration force that transfers its energy to the cervical spine. Whiplash Associated Disorder (WAD) refers to symptoms that occur after a whiplash injury. WAD usually results from rear end motor vehicle crashes or similar trauma. WAD can also result from front end, side and rollover crashes. Approximately 3.9 million rear-end accidents occur in the US each year. Damage can occur even in low-velocity accidents. The trauma is usually sudden and occurs when the muscles are relaxed which allows more force on ligaments and joints, forcing the neck beyond the normal range of motion.

No one has done a good study that we have seen to calculate the costs of whiplash injuries. Suffice to say, it is a small fortune. They did such a study in Holland and found that the total costs (direct and indirect) of neck pain were estimated to be $686 million, 1% of total health care expenses. If it is anywhere close to this in the U.S., and it likely is, we are talking about tens of billions of dollars.

Whiplash Associated Disorder is difficult to diagnose due to varied symptoms. Furthermore, X-rays do not usually detect soft tissue lesions, and magnetic resonance imaging (MRI) may underestimate or miss the injury. Though much scientific research has been done, structural damage to the spine and connective tissue from whiplash is relatively unknown.

Whiplash Associated Disorder may have varied signs and symptoms in patients, many of which go unreported. The most notable symptom is neck pain. Other symptoms include a headache, sleep problems, reduced range of motion, numbness, poor concentration, vision problems, tinnitus (ringing in the ears), fatigue/weakness, depression, and other associated pains such as shoulder, arm, and jaw pain. 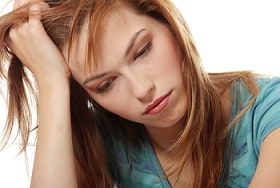 In a Swedish study conducted in 1105 patients, symptom patterns were reviewed over a six month period following the injury. The study also compared differences in symptoms between men and women. Patients completed a baseline questionnaire and a follow-up questionnaire. The baseline survey was completed on average 18.2 days following the motor vehicle collision and follow up 206.8 days following the crash. Most patients reported neck pain following the accident (98.3% in men and 99.3% in women), however on completion of the baseline questionnaire the prevalence was 81.4% in men and 84.7% in women and further reduced to 44% and 45%, respectively, at follow-up. A similar course of recovery was demonstrated for headaches and cervical range of motion issues. Though there were no marked gender differences on the prevalence of neck or lower back pain, women reported greater intensity of headaches and post-traumatic stress and increased the frequency of headaches, numbness/tingling in upper limbs, memory and concentration problems and dizziness compared to men. Men had a significant increase in the frequency of memory problems from baseline to follow-up (6.7% to 12.6%). This study demonstrated that their symptoms common to WAD other than neck pain, which confirmed earlier findings of a Canadian study.

Whiplash Associated Disorder is reported to be the most common injury from motor vehicle accidents in Western countries and is reported to occur in approximately 12 of every 100 crashes. Though whiplash injuries generally resolve within six months of the accident, an estimated 15-20% will suffer chronic debilitating pain. 70% of patients recover completely within a year following the accident and only 82% completely recover after two years. In most cases, the ligaments and muscles have been strained past the normal range of motion. This results in the ligaments or muscles becoming inflamed and painful. Within three months, soft tissue injuries usually heal. Chronic pain may be a result of injury to discs or facet joints. However, in many patients, the source is never determined.

Almost everyone - even family members - questions whether a severe whiplash patients injuries are as bad as the patient says. Obviously, there is the archetype "I'm wearing this neck brace and acting hurt so I can get money in a settlement" caricature. But the studies show a different picture. Studies have demonstrated that there is no association between injury outcome with personal injury litigation.

In one study, researchers followed 41 patients how suffered whiplash injuries and had personal injury lawsuits. Ten years following settlement, only 12% had completely recovered, and 48% continued to have pain that interfered with daily living. Not a big study, but you get the point. Another study reported on patients eight years following initial legal consultation and concluded that the timing and degree of recovery were not influenced by lawsuits.

Treatment of WAD may include physical therapy, injections and in some cases surgery. The overall effectiveness of treatment is not clear as they have not been scientifically evaluated.

Over the past 40 years, vehicle manufacturers have been constantly changing vehicle designs which have led to a reduction in neck injuries in vehicles involved in collisions. Most notably, modern designs of seat backs and headrests and restraints have been responsible for this decline. Automobile manufacturers are investigating other technologies including sensing technologies that can anticipate crashes before they occur and adjust head restraints in response and initiate hazard flashers to alert the oncoming vehicle as a mechanism to prevent the collision.

If you have suffered a neck injury as the result of a car accident or truck accident, you need a lawyer that understands the medicine and mechanism of injury in disc injury cases – particularly herniated disc cases. Call our lawyers for a free no obligation consultation. You can speak to an attorney today by calling 800-553-8082 or online by clicking here.