Malpractice Lawsuits Against Psychiatrists in Maryland 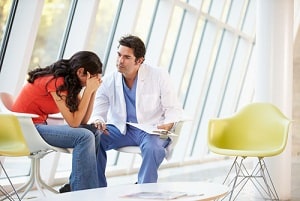 The attorneys at Miller & Zois understand how families are sometimes forced to rely upon psychiatrists and psychologists to provide competent medical care. They are usually treating the mind and not the body. But the consequences can still be as life or death as a surgeon in the ER. If a psychiatric professional provides treatment to a patient that negligently causes harm, a psychiatric medical malpractice lawsuit for damages may be appropriate.

If you or someone in your family has suffered from a psychiatrist or psychologist mistake, call 800-553-8082 and get a free online consultation.

Patients admitted to a hospital for psychological problems are vulnerable. They have rights. They have the right to safety and security, sometimes from themselves. They also have the right to steer clear of physical or sexual abuse from the staff or other patients. They are also entitled to be treated in such a way as to give them the best chance getting better.

Suicide in a hospital setting is often the subject of malpractice lawsuits. Because hospitals largely have a duty to make sure they are protecting their patients from themselves.

A related problem is an early discharge. It is not as it was 30 years ago. Hospitals and mental institutions push to get people out the door. This leads to people who are at risk to themselves and others being pushed out the door without getting the treatment they need.

There is no question that medications can help many psychiatric conditions. But they can also make matters worse.

Medication mistakes are most common with overcrowded healthcare providers. The medical team is overwhelmed by the volume of medications to distribute, psychiatrists carry large caseloads of patients, and staffing shortages mean that temporary or contract employees are distributing medications in facilities and to patients that they do not know. This is a recipe for disaster.

One issue is tardive dyskinesia (or akathisia) which a common side effect of many anxiety/depression medications. In the last 15 years, we have learned that this side effect can drive a patient to suicide. Doctors have to be careful when prescribing any drug that they are giving the right dosage and are considering and monitoring all of the potential side effects.

Another psychiatrist medication error that leads to malpractice lawsuits occurs when switching a patient from an opioid to methadone.  The standard of care requires the doctor to know the total daily dose of the opioid and to use conversion tables to know the equivalent daily dose of methadone.  The prescribing doctor must take into consideration what is known as “incomplete cross-tolerance.” This means that when switching from one opioid to another, there should be a total daily dose reduction from 15% to 50% or more, especially when switching to methadone.  Failure to get this right can cause an overdose that can lead to a brain injury or death.

There are also a good number of lithium toxicity malpractice cases. Lithium is excreted almost entirely by the kidneys and has an elimination half-life of 18 to 24 hours. However, because lithium is renally cleared, individuals with decreased renal clearance need lower dosages. It is a deviation from the standard of care to administer such drugs when the patient is exhibiting signs of toxicity regardless of the laboratory test results.

Patients with mental illness are vulnerable to everything. Sexual abuse is high on the list of potential risks. Who abuses these patients? Often, it is the hospital or a doctor or his employees who prey on the victim. In other cases, the facility fails to monitor patients abusing each other. Both are avoidable tragedies.

Verdicts and Settlements in Psychiatric Cases 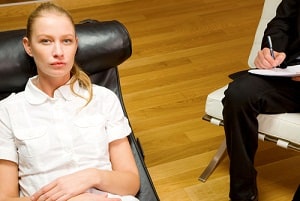 Not many of these cases go to trial. Maybe more than any other malpractice case, there are "Oh, they clearly screwed up and this case will be settled" or "This case is ridiculous and frivolous" and will never even make it to a jury.

These are all plaintiffs' verdicts and favorable settlements. These are useful but limited tools in evaluating the monetary value of psychiatry related medical malpractice cases. There is no question: each case is different.

Getting Help for Your Case

If you or a loved one have been injured as the result of a mistake that a doctor or other health care provider made, call us at 800-553-8082 or click here for a free consultation.