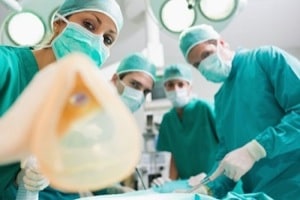 There is also a common perception in 2021 that medical malpractice litigation is mostly frivolous and its proliferation does nothing but drive up health care costs. Recent studies suggest that neither of these beliefs are based on reality.

We have a public health crisis on our hands that no one is bothering to pay attention to that kills an unbelievable number of us every year. None of us are free from this risk.

Medical Malpractice Ranks as Third Leading Cause of Death in the U.S.

Researchers from Johns Hopkins Hospital published the results of a comprehensive study on medical errors. This study estimated that medical errors result in 250,000 deaths each year.

This estimate ranks medical malpractice as the third leading cause of death in the United States behind heart disease and cancer. A prior study done in 2009 estimated the number of medical error fatalities per year at 200,000.

The Institute of Medicine (IOM) has offered a more the now antiquated statistic of 98,000 deaths per year due to medical negligence.  That number was so shocking when it came out 10 years ago.  Now the statistics show we have twice the amount of deaths from malpractice than we thought.  Yet no one really blinks an eye.  The story goes on page 5 of your local newspaper.  And then it is gone.

For those of you that have colder hearts for human suffering, there is an economic cost too. A 2021 study underscores that medical errors bruises our economy to the tune of $20 billion a year.

For instance, the National Practitioner Database not too long ago reported only 3,046 medical malpractice payments were made for wrongful death claims. Even if you use the conservative estimates, it is clear that only about 5% of deaths caused by medical error result in malpractice payouts.

A survey on medical error released in 2017 by the IHI/NPSF Lucian Leape Institute and NORC at the University of Chicago found that 41% of people in the U.S. believed a medical error was made in their care.

In other words, one in five people believe that they may have been subject to some form of medical malpractice in the past. Diagnostic failure, surgical error, and medication errors were the three most commonly report types of medical error in the survey.

A 2020 study shows that high medical mistakes with serious consequences are most likely to occur in intensive care units, operating rooms, and emergency departments.

Of those reporting that they experienced medical error - 73% indicated that were actually injured by the error. This data clearly indicates that possibly millions of people are injured by medical negligence every year, but very few of them ever become plaintiffs in a malpractice case.

Another study by Johns Hopkins in 2013 estimated that only 1% of all adverse medical incidents eventually result in malpractice claims or lawsuits. Measuring Diagnostic Errors in Primary Care (JAMA 2013)

Big Medical Malpractice Lawsuits Get the Attention in 2021

A review of the 41 nationally reported settlements and verdicts is still informative. The three most common types of malpractice involved in these 41 cases was diagnostic failure, birth injury, and treatment failure.

If you would like to learn more about medical malpractice litigation or think you might have a malpractice claim, call Miller & Zois at 800-553-8082 or get a free online consultation.