Because whiplash is a common injury in motor vehicle crashes, these injuries have been the subject of literally millions of injury claims. Victims have a lot of questions about how these claims proceed. But one question rises to the top: what is the settlement value of my whiplash injury case? This article discusses how these claims work and provides you with information about the settlement and trial value of these cases with example cases and average verdict statistics. 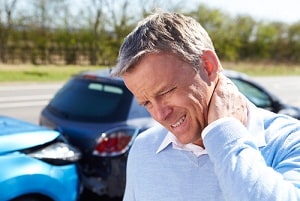 If you have a whiplash injury, you most likely have a viable case in which you can get compensation. If you are a victim, you should research who you think would be the best lawyer for your case.

This happens to an extent that is far more common than most people might think. Medical science is beginning to realize this. A new study in the journal Brain Injury, underscores the frequency with which brain injury can occur in whiplash injury car accident cases. The study looked at 1,200 MRIs in neck pain patients and found that those patients suffering from whiplash were more likely to have anatomical changes to the brain called Chiari malformation. In whiplash car injury victims, the bottom part of the brain dipped through an opening in the base of the skull after a whiplash injury, causing a brain injury in 23% of the whiplash cases studied. This translates to a lot more brain injuries from whiplash car accidents than even accident lawyers who are aggressively taking whiplash injury cases ever imagined. So few patients ever get a brain MRI that would uncover a Chiari malformation.

There are also serious neck injuries that linger after whiplash accidents for reasons we just don't yet understand. For all that medical science has accomplished, doctors still don't understand enough about these injuries to the spine to understand exactly why some people have prolonged and permanent injuries from even relatively low-speed car accidents. In these type of case, our lawyers may accept the case if we have an "incredible plaintiff." These cases require two elements: (1) a permanent injury after a whiplash injury accident, and (2) a very compelling story with an incredibly strong and credible victim.

The average verdict in "strains" the neck, back nationally measured over a seven-year period is $18,692. The median is $7,500 which means that the very good whiplash cases inflate the value. Obviously, this includes back injuries and not just neck injuries we think of when we think of whiplash. But they are largely comparable type injuries. If you are in Maryland, it is worth knowing the median auto accident verdict is around $12,000.

The value of whiplash cases in Maryland, or any state for that matter, is a function of two things:

Whiplash settlement awards are based on trial verdicts. We see how different cases play out at trial and then we try to project backward and extrapolate that similar cases have similar values. The weakness in this logic is that no two cases are the same.

Below are some recent whiplash verdicts in Maryland that might give you some idea of the trial and settlement value of these cases. You can also look at the insurance company's first offers for these insurance companies: 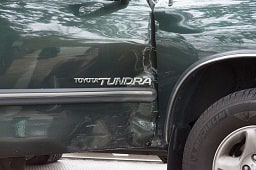 If you are going to try a personal injury case where whiplash is an important issue in the case, you need to know the science of these injuries. Here are some of the key epidemiological studies you should know:

Hiring a Maryland Lawyer for Your Case

If you have a serious injury as the result of a whiplash accident in Maryland, you are in particular need of a good, experienced car accident lawyer that can help you present a meaningful claim for settlement or, if necessary, at trial. Again, we do not take all or even most of the soft tissue accident injury cases we review. But if we do, you can be sure our auto accident lawyers have the experience to sort through these complicated issues your case presents and stand up to the car insurance companies to fight for fair compensation.

If you have suffered a soft tissue whiplash injury in a car or truck auto accident call 1-800-553-8082 or get a free on-line no obligation consultation and request more information or a phone call.