We already have more than 8,000 drivers over the age of 65 killed in motor vehicle accidents annually on our roads. This is 1 in 6 fatal crashes. In addition, over 250,000 additional drivers visited the emergency room for collision-related injuries. Every day, about 20 older adults are killed, and an additional 700 are injured in motor vehicle crashes. These numbers are just too high. Too many elderly drivers are imposing a risk on themselves and everyone else. Per mile traveled, fatal car accident rates rise abruptly starting at age 70-74. Statistic show fatal accidents per mile traveled are highest among drivers 85 and older.

Senior Drivers are Nearly as Dangerous as Teen Drivers 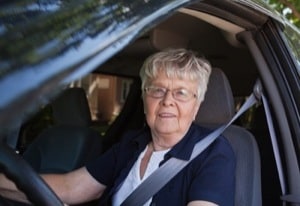 Elderly drivers, drivers 65 years of age or older, statistically have the second-highest accident rates, ranked just behind teen drivers. The NHTSA reports that motor vehicle fatalities involving elderly drivers increased 32 percent from 2010 to 2019. Age-related research has shown that senior drivers face an increased risk of being involved in a multi-vehicle crash, particularly at intersections.

Mistakes that are common among elderly drivers are just what you think they would be:

These mistakes are usually negatively correlated with the general health of the elderly driver who might have conditions such as dementia, arthritis, vision loss, or hearing loss. Also, many medications, whether prescribed or over the counter, impair driving abilities. 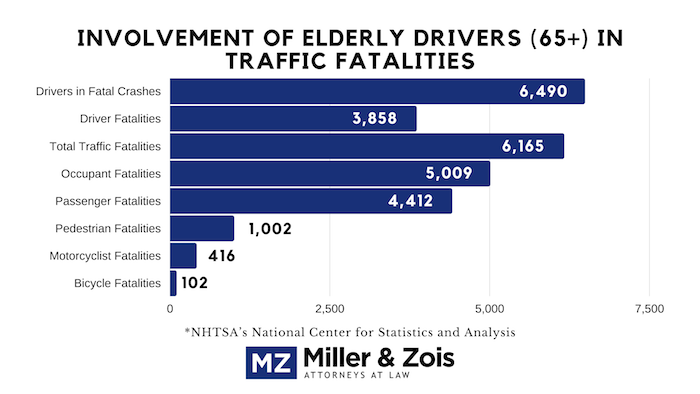 The other problem the elderly sometimes have that causes havoc on our roads is that they have impaired vision. They are also not as likely to see things that are not at eye level and in the line of sight. So cluttered arrangements or other things in the background will make it more difficult for them to pick out objects.

The designs of newer vehicles do not make it easier for these drivers as well. For example, some are designed with smaller windows that limit outward visibility while others are now designed with more complicated control systems that can be difficult to understand, especially while operating the vehicle. But you can't blame the car manufacturers. Ultimately, you are either still fit to operate a motor vehicle or you are not.

It is the legal responsibility of any driver to drive safely. If their mental and/or physical competence is impairing their ability to adhere to this, they must find other modes of transportation. Yes, we should help them, and we talk about that more below. But this is not always about logistics - it is difficult to adjust to the concept of aging, and giving up the privilege to drive can be emotionally difficult.

Family members can help find alternative methods for their older loved ones to get around. This could be as easy as simply looking up local public transportation and helping to create a daily schedule that won’t prevent their loved ones from doing what they need to do around town.

Why Is It So Hard to Get Unsafe Elderly Drivers off the Road?

You already know why it is hard to get these unfit elderly drivers off the road. It means conceding that a big part of your life and mobility is over. That is a tough pill to swallow. Everyone gets that. But our failure as a society to force our elderly who are not fit to drive off the road is an unswallowed pill that is just causing too many people - both young and old - to die. 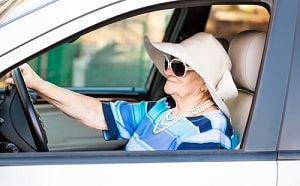 Sure, 28 states have special guidelines for older drivers when it comes to renewing their licenses. Some require more frequent renewals, vision or road tests, or adult driving classes. For example, the Transportation Committee of Massachusetts is attempting to pass a bill that would require drivers over the age of 85 to pass a driving test to renew their license.

But to do what we need to do - real testing to figure out fitness beyond just some eye tests and a little parallel parking, is not going to do the trick. Ultimately, the elderly driver's license renewal process is just fatally flawed because we don't seem to have the stomach to do what has to be done.

There is even a lot of blowback against the feeble laws we have already. Mandatory and potentially mandatory requirements for license renewals have been protested on multiple occasions by senior lobbying groups who argue the tests are ageist, and that if seniors are forced to mandatory road tests, other age groups should be as well. Well, yes, it is ageism. But it is discrimination that would save thousands of human lives. That should mean more than it does.

There is more we can do to find transportation alternatives for seniors. A woman who lost her 3-year-old son after he was struck by an elderly driver founded the Independent Transportation Network (ITN) America; a program that provides door-to-door driving services to seniors. CarFit, a program sponsored by AARP holds events throughout the country to help elderly drivers assess such things as seat positions, mirror settings, and controls to help adjust to more appropriate safe-driving preparation.

The Federal Highway Administration has also made the move to improve conditions for elderly drivers by making signs more reflective and increasing the distance between signs and exits to help give drivers more time to react.

Getting an Advocate to Fight for You

Have you or someone you love been injured or killed in a motor vehicle crash with an elderly driver that was not safely operating his vehicle? If so, please contact our elderly driver car accident lawyers at 1.800.553.8082 or get a free consultation online.

Sources for This Article
Elderly Driving Accidents
Client Reviews
★★★★★
They quite literally worked as hard as if not harder than the doctors to save our lives. Terry Waldron
★★★★★
Ron helped me find a clear path that ended with my foot healing and a settlement that was much more than I hope for. Aaron Johnson
★★★★★
Hopefully I won't need it again but if I do, I have definitely found my lawyer for life and I would definitely recommend this office to anyone! Bridget Stevens
★★★★★
The last case I referred to them settled for $1.2 million. John Selinger
★★★★★
I am so grateful that I was lucky to pick Miller & Zois. Maggie Lauer
★★★★★
The entire team from the intake Samantha to the lawyer himself (Ron Miller) has been really approachable. Suzette Allen
★★★★★
The case settled and I got a lot more money than I expected. Ron even fought to reduce how much I owed in medical bills so I could get an even larger settlement. Nchedo Idahosa
View More
Submit a Law Firm Client Review
Our Firm ›
Attorneys ›
Medical Malpractice ›
Personal Injury Practice ›
Communities Served ›
Injury Victim Help Center ›
Plaintiff Attorney Center ›
Insurance Company Insight ›