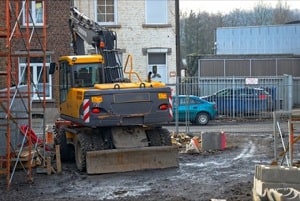 Our Maryland highway construction accident lawyers address in this article:

When roads and highways need to be improved, it just isn’t practical for the entire roadway to be shut down. Instead, to accommodate motorists, construction sites only partially obstruct the lanes of traffic that they are working on, while leaving other lanes open to traffic.

So these highway construction sites have warnings or markers such as orange codes, barricades with flashing lights, orange tape, detours, and other signs, and flashing lights.

These instruct motorists on how to proceed through a construction or work zone. These cones and signs can often be confusing to motorists and, worse, may become dislodged and create an unavoidable roadway hazard.

Often, these types of accidents can be deadly. Nationally, crashes in highway work zones have killed 4,700 Americans and injured 200,000 in the last 5 years. In 2019, there were 762 fatalities caused by construction site car accidents. Approximately 85 percent of people killed in work zone accidents are motorists, not construction workers. Therefore, it is you, the motorist, who is at the greatest risk of death or injury due to an accident at a work zone or construction site.

When Construction Site Accidents are Dangerous to Car Drivers

The following are examples of extremely serious freeway accidents: 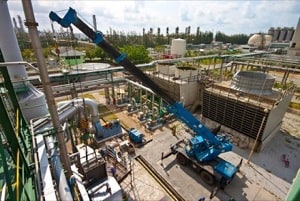 Most of the lawsuits our Baltimore highway construction accident lawyers have brought involve mismanaged site safety directions, driving into depressions, excavations, and drop-offs, and crashes with construction equipment, workers, or supplies in the road construction zone. 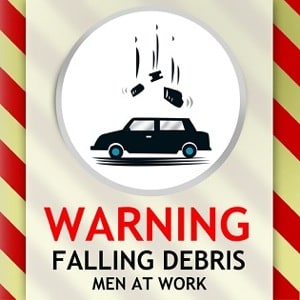 What Kinds of Construction Crashes Lead to Large Settlements?

Victims of road work accidents want to know right away if they have a claim and, if so, how much settlement compensation they can expect.

If there is an accident at a construction site on the roadway, the first question to ask is how did it happen? If it occurred because the construction site was negligently or carelessly maintained or monitored, then you have a claim. If the accident is your fault because you were speeding or otherwise being careless, you cannot recover in Maryland due to what is known as contributory negligence.

As to the degree of compensation, if the victim of the accident is not the one at fault, the amount of money awarded depends on what injuries were suffered. How serious were they? How much medical care was needed? How much pain have you been in? More serious injuries require more expensive medical care, more time off from work, and cause more conscious pain and suffering. Therefore they receive larger verdicts and settlements.

Here are examples of jury awards and settlement amounts to victims of construction site motor vehicle collision cases.  Most of these cases are in Maryland and some are Miller & Zois cases.  But our attorneys added in a few other construction site accident settlements around the country.

If you have been the insured on a construction site either as a pedestrian/employee or if you were injured as the result of a negligent construction operation, call an attorney who will stand beside you and fight the insurance companies for you. Call 800-553-8082 or get a free case evaluation online.

Related Articles and Samples
Construction Site Car Accidents
Client Reviews
★★★★★
They quite literally worked as hard as if not harder than the doctors to save our lives. Terry Waldron
★★★★★
Ron helped me find a clear path that ended with my foot healing and a settlement that was much more than I hope for. Aaron Johnson
★★★★★
Hopefully I won't need it again but if I do, I have definitely found my lawyer for life and I would definitely recommend this office to anyone! Bridget Stevens
★★★★★
The last case I referred to them settled for $1.2 million. John Selinger
★★★★★
I am so grateful that I was lucky to pick Miller & Zois. Maggie Lauer
★★★★★
The entire team from the intake Samantha to the lawyer himself (Ron Miller) has been really approachable. Suzette Allen
★★★★★
The case settled and I got a lot more money than I expected. Ron even fought to reduce how much I owed in medical bills so I could get an even larger settlement. Nchedo Idahosa
View More
Submit a Law Firm Client Review
Our Firm ›
Attorneys ›
Medical Malpractice ›
Personal Injury Practice ›
Communities Served ›
Injury Victim Help Center ›
Plaintiff Attorney Center ›
Insurance Company Insight ›