Broken Jaw in Vehicle Accidents and Falls | Settlements and Verdicts

This page is about lawsuits involving a broken jaw from a car accident or truck accident.  Our lawyers handle these claims. 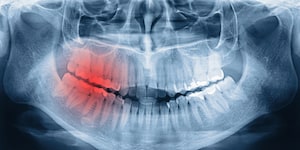 There are a few different types of jaw fractures that vary in severity. They include:

Regardless of the type of fracture, immediate medical attention is necessary when dealing with a broken jaw. All kinds of issues can arise from this injury including breathing difficulty, blocked airway, infection, and tooth misalignment. So the best course of action is to go to the emergency room if you break your jaw.

These are awful injuries, but they are relatively easy to treat. Typical treatment involves painkillers and a liquid diet. Still, more severe fractures can lead to surgery, which usually involves having the jaw wired to a patient’s teeth. This usually entails a six to eight-week diet of only soft foods or liquids.

But there are complications with broken jaws. For example with fractures treated with surgery, scarring and nerve dysfunction are common.

There are not a lot of recorded cases in Maryland where the broken jaw is from a car accident. Miller and Zois has had broken jaw car and truck accident cases. But it would be misleading to list them here because the critical injury in those cases was not a broken jaw. That is the problem with looking at car accident verdicts and settlements. Usually, the broken jaw is not the only injury.

The assault cases, while an imperfect comparison, isolate just that injury for broken jaw settlement valuation purposes. Keep in mind that it is impossible to predict how much a judge or jury would award in any broken jaw case. These verdicts are a tool to use in conjunction, with other tools, to help you better understand how much your broken jaw is worth for settlement or at trial.

Getting a Lawyer for Your Broken Jaw Claim

Broken jaws are painful and can lead to medical bills, emotional pain and suffering. You need the right attorneys to be on your side. The attorneys at Miller & Zois have the tools, expertise, and skill to make sure that you receive the settlement compensation that you deserve from the people that caused your broken jaw. Call 800-553-8082 or get a free online consultation if you have suffered a broken jaw injury in Maryland as the result of the negligence of someone else.