Dealing with this Baltimore hospital on malpractice claims

Founded in 1866, Sinai has 467 beds. It is located in Baltimore City and serves as a teaching hospital in the areas of Obstetrics & Gynecology, Pediatrics, Internal Medicine, Ophthalmology and Physical Medicine and Rehabilitation. Other departments include Emergency Medicine, Orthopedics, Psychiatry, and Urology.

The location of a lawsuit has a significant impact on the value of the case. Sinai Hospital is in Baltimore City. Plaintiffs' lawyers will almost invariably file medical malpractice cases in Baltimore because of a conscientious jury pool that historically gives alleged victims a fair shake and quality judges.

If you wish to serve Sinai Hospital, you would serve:

Types of Lawsuits Filed Against Sinai

This is a sampling of some of the claims brought against Sinai in the last few years: 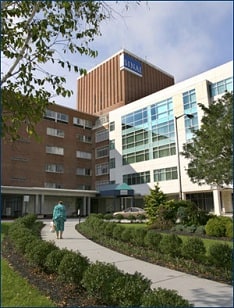 Sinai is often defended by Francis "Skip" Leary of Chason, Rosner, Leary & Marshall, LLC, a lawyer who has worked for both plaintiffs and defendants. It has also been defended by Thomas Monahan of Goodell, DeVries, Leech & Dann, LLP, and Michael J. Baxter of Baxter, Baker, Sidle, Conn & Jones, P.A.

Even good malpractice claims are hard to settle without filing a lawsuit. But, by reputation, Sinai is one of the hospitals where might be useful to open Sinai settlement discussions before filing a lawsuit assuming your case has real merit.

The first step in determining whether you have a medical malpractice case is for you or your lawyer to order medical records. Sinai Hospital records can be obtained from:

Below is a list of lawsuits in Maryland recently filed against Sinai along with plaintiff's allegations in the lawsuit.

Contact Us If you believe that you have a potential suit against a Maryland medical facility, contact us at 1.800.553.8082, or send us a free internet request for consultation.
Medical Malpractice
Client Reviews
★★★★★
They quite literally worked as hard as if not harder than the doctors to save our lives. Terry Waldron
★★★★★
Ron helped me find a clear path that ended with my foot healing and a settlement that was much more than I hope for. Aaron Johnson
★★★★★
Hopefully I won't need it again but if I do, I have definitely found my lawyer for life and I would definitely recommend this office to anyone! Bridget Stevens
★★★★★
The last case I referred to them settled for $1.2 million. John Selinger
★★★★★
I am so grateful that I was lucky to pick Miller & Zois. Maggie Lauer
★★★★★
The entire team from the intake Samantha to the lawyer himself (Ron Miller) has been really approachable. Suzette Allen
★★★★★
The case settled and I got a lot more money than I expected. Ron even fought to reduce how much I owed in medical bills so I could get an even larger settlement. Nchedo Idahosa
View More
Submit a Law Firm Client Review