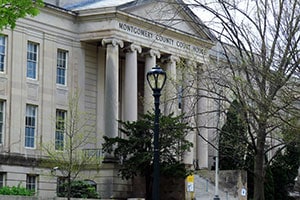 Rockville, Maryland is a densely populated suburban town in the center of Montgomery County. Rockville is home to almost 100,000 people, many of whom commute to DC or elsewhere. As the County Seat, Rockville is also home to the county government offices, courthouse, and a number of major businesses. This means that everyday thousands of people of driving out of and into the crowded, congested streets of Rockville.

With all these vehicles driving around on crowded roads, Rockville sees its fair share of auto accidents. In fact, in the last 3 years there have been a total 2,889 reported auto accidents in Rockville. Our Rockville auto accident lawyers have helped the victims in many of these accidents get full compensation for their injuries.

Most Dangerous Roads and Intersections in Rockville

Our Rockville auto accident attorneys get call regular stream of calls involving car accidents in Rockville. This gives us a unique perspective on where and how frequently auto accidents occur in Rockville. Below is a list of the most dangerous intersections in Rockville based on our own first-hand knowledge from lead calls and data published by Montgomery County Department of Transportation.

Rockville Pike (MD 355) is the main artery road that runs through Rockville. Rockville Pike also happens to be one of the busiest, most heavily travelled and commercially dense roads in Maryland. You can hardly drive 200 feet on Rockville Pike without going through major intersections interspersed by countless entrances to shopping centers or office building parking lots. Rockville Pike is also notorious for traffic congestion. It is no surprise that the majority of auto accidents in Rockville happen on Rockville Pike, making it the most dangerous road in Rockville for both drivers and pedestrians.

There are several intersections in Rockville (most along Rockville Pike) that generate a disproportionately high number of car accidents. The most dangerous intersections, based on recent accident report data, include:

Auto Accidents in Rockville Are on the Rise

Rockville Auto Accident Attorneys Can Help If You Have Been Injured

The Rockville auto accident attorneys at Miller & Zois can help get you the maximum amount of compensation for your claim. We have handled thousands of auto tort cases resulting from accidents in Rockville and elsewhere in Montgomery County. We have a well-established track record of success going to trial on auto tort cases in Rockville. Insurance carriers and adjusters are well aware of this which gives our firm the leverage to negotiate a fair settlement on your behalf.

The value of any auto accident case depends largely on the nature and extent of the injuries caused by the accident. The more serious the injury, the more valuable the case will be. Location and jurisdiction can also have an impact on the potential value of an auto tort case, particularly in Maryland. For example, juries in Baltimore City are known to be more generous when awarding damages to plaintiffs. As a result, an auto tort claim in Baltimore City will have a higher potential value compared to a case in a less favorable jurisdiction (such as Howard County).

A lawsuit from an auto accident in Rockville would get filed in Montgomery County. Montgomery County is not nearly as plaintiff-friendly as places like Prince George’s or Baltimore City. However, Montgomery is also not a bad venue to be a plaintiff in a tort case.

If you have been injured in an auto accident in Rockville or Montgomery County, contact the Rockville injury lawyers at Miller & Zois for a free consultation.