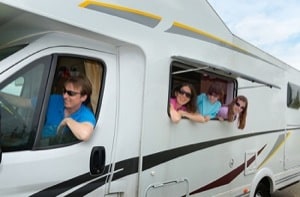 Have you or someone you care about been involved in a crash caused by a recreational vehicle? Recreational vehicles are often large and cumbersome, and when driven negligently, they can lead to devastating collisions.

The following article will address the types of recreational vehicles that pose significant dangers and the prospect for verdicts and settlements for victims of these accidents.

This article will cover:

What are Recreational Vehicles and Why are These Accidents so Dangerous?

There are lots of reasons for RV accidents. Two stand out. First, RV drivers are often tired or distracted from the road. These types of accidents are not uncommon. Why? They are mobile homes. Often, other people in the RV are going about their lives, and distracting the driver by talking to them. Moreover, they are often driving for long stretches with no regulations to make them stop and get reasonable rest. It is a recipe for disaster.

The second big concern is that these vehicles are not safe when someone is behind the wheel who is not experienced driving an RV. It is like giving John Q. Public a huge 18 wheel truck. Disaster often ensues.

Other problems with RVs include: 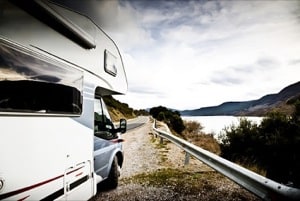 We are using recreational vehicles to mean what we all understand an RV to be. But, really, RVs include not just motorhomes but campers, motorcycles, ATVs, boats, and jet skis.

When these vehicles are on the road, whether actually being driven or being dragged by another vehicle (in the case of ATVs and boats), they pose a serious danger to other motorists.

How serious is the risk? Every year, there are over 65,000 reported injuries involving recreational vehicle crashes as well as thousands of deaths. Injuries may ensue in a number of circumstances including, as we have talked about, driver inexperience (especially with rental RVs), distraction, dangerous property conditions (such as dragging a heavy and loosely affixed boat or jet ski), along with design and mechanical defects in the RV’s braking or steering system.

Why do we let these things on the road? That is probably the wrong question. The better question is why don't we make people train properly to drive these vehicles before taking them out on the road.

The type of license and training you need depends on the size of the vehicle. In Maryland, if your RV is less than 26,001 lbs, you need a Class C license. What do you need for a Class C license? Look in your pocket. You already have one. Which means you are qualified to drive a 26,000 lbs RV. That is not a small vehicle by any stretch. As you get heavier, you may need a Class B or Class C depending upon towing power. But few RVs are that big.

The wrongful death lawsuits in these cases rarely come back to the manufacturer. So as dangerous as these vehicles are, the only solution is to make our legislatures aware of the scope of the problem when there is no money or muscle behind it. That makes it really tough in 2014.

The following are examples of extremely common and highly dangerous recreational vehicle accidents:

How Might a Recreational Vehicle Crash Occur in Real Life?

Jeff is on his way to Annapolis to take in the beautiful harbor and go fishing on the pier. He also wants to bring his small dingy or motorboat and affixes it to the rear of his Ford F150 pickup truck. He heads onto I-270N, gets off at the exit for Annapolis and heads onto Highway 70 towards his destination. He gets off on the next exit and he can see and smell the lovely Annapolis water.

As he makes the first turn off the highway, his car’s front right tire hits a major bump in the road. As his car proceeds to go up and down, making a loud thud, the back of the truck makes a loud scraping sound. Looking behind him. Jeff can see his dingy boat receding into the distance. It has come off of the back of his truck and is sliding backward, into the car directly behind Jeff. In that car, Sarah tries her best to swerve to avoid the boat, but she cannot.

The boat barrels into the front of Sarah’s Volkswagen Beatle, causing significant damage to the front bumper. The impact caused Sarah’s head to whip back and then forward, slamming her forehead into the steering wheel. She fractures her nose and will need significant corrective cosmetic surgery. It is Jeff’s negligence in failing to adequately secure the boat to his truck that led to this accident and caused Sarah’s terrible injuries.

Who Pays Verdicts and Settlements in Recreational Vehicle Crash Cases?

In cases of recreational vehicle accidents, the person paying out the verdict or settlement is the one at fault for the accident. In the case of an RV that flips over due to design flaws, for example, the maker of the RV would be at fault. 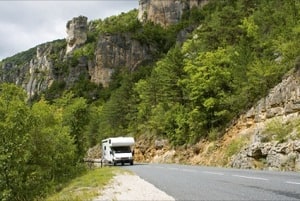 But that is a small minority of these claims. Usually, fault in these cases rests with the driver of the recreational vehicle. In the case of a driver who fails to affix a boat to his car, like in the above example, it would be the driver who is at fault. But, if nobody is at fault or you are at fault as well, you cannot recover in Maryland due to what is called contributory negligence. In the cases we have, the problem is usually not whether the driver was responsible. The bigger question in these cases is, based on the injuries, what should the compensation be in the case?

The degree or amount of compensation wholly depends on the severity of the injuries (death cases are generally the cap on noneconomic damages plus economic damages). As to the degree of compensation, if the victim of the accident is not the one at fault, the amount of money awarded depends on what injuries were suffered. How serious were they? How much medical care was needed? How much pain have you been in? More serious injuries require more expensive medical care, more time off from work, and cause more conscious pain and suffering. How do you decide how serious an injury really is? Ultimately, that is the jury's call. This is some information that gives you some idea of how those calls are made.

The attorneys at Miller & Zois are experienced at handling all types of car accident cases, including serious recreational vehicle crashes that cause significant injuries. Please contact us immediately at 800-553-8082 or get a free case evaluation online.

Recreational Vehicle Accidents
Client Reviews
★★★★★
They quite literally worked as hard as if not harder than the doctors to save our lives. Terry Waldron
★★★★★
Ron helped me find a clear path that ended with my foot healing and a settlement that was much more than I hope for. Aaron Johnson
★★★★★
Hopefully I won't need it again but if I do, I have definitely found my lawyer for life and I would definitely recommend this office to anyone! Bridget Stevens
★★★★★
The last case I referred to them settled for $1.2 million. John Selinger
★★★★★
I am so grateful that I was lucky to pick Miller & Zois. Maggie Lauer
★★★★★
The entire team from the intake Samantha to the lawyer himself (Ron Miller) has been really approachable. Suzette Allen
★★★★★
The case settled and I got a lot more money than I expected. Ron even fought to reduce how much I owed in medical bills so I could get an even larger settlement. Nchedo Idahosa
View More
Submit a Law Firm Client Review
Our Firm ›
Attorneys ›
Medical Malpractice ›
Personal Injury Practice ›
Communities Served ›
Injury Victim Help Center ›
Plaintiff Attorney Center ›
Insurance Company Insight ›