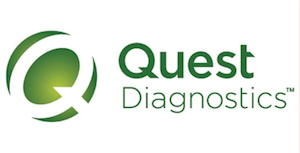 If you have ever had to take a drug test issued by your employer or gotten blood work taken for your doctor, you might be familiar with Quest Diagnostics. Quest Diagnostics is the world's leading provider of diagnostic information services and has over 2,000 locations around the country. They provide a wide array of services, including diagnostic screening for medical conditions, drug screens, and clinical trials. For many people, Quest Diagnostics is a vital resource for diagnosing conditions such as cancer, cardiovascular disease, neurological disorders, STDs, and birth defects.

Patients rely on Quest Diagnostics for accurate and timely results about what condition they've developed. These results allow the patient and their doctor to take the next step in starting their treatment. If the diagnosis from Quest is delayed or incorrect it can have disastrous consequences for the patient. Many health conditions have a limited time frame for effective treatment, so any significant delay in diagnosis can prevent a patient from effectively treating their illness. When life threatening conditions like cancer are involved, diagnostic failures can literally be fatal.

Medical diagnostic errors at places like Quest Diagnostics are much more common than you probably think. Studies have shown that diagnostic error accounts for the largest fraction of malpractice claims, the most severe patient harm, and the highest liability payouts. Quest Diagnostics is regularly sued for lab errors and other diagnosis failures that, in worst-case scenarios, ended in the patient dying from either their original illness or a reaction from using the wrong medication.

There are some conditions that are more likely to have a diagnostic error or be misdiagnosed. This is due to the condition having similar symptoms to other illnesses, making it easier for a lab technician to confuse samples or give a misdiagnosis. Unfortunately, even for well-designed tests, there is no guarantee that the test is completely fail-safe. Human error occurs even with the safest tests by being administered or interpreted incorrectly. Some conditions that have a higher rate of diagnostic error include:

Quest Diagnostics focuses primarily on blood work and pathology (examination of tissue samples for cancer) as opposed to radiology, MRIs or other imaging diagnostic tools. This type of lab work has a much lower margin for interpretive error compared to reading and interpreting radiology imaging. This lower rate of risk means that Quest does not get sued for misdiagnosis as frequently as providers that specialize in radiology. In addition, when Quest is sued it is usually the result of an incorrect pathology test which failed to identify cancer.

Below are verdicts and reported settlements from actual malpractice cases filed against Quest Diagnostics from around the country.

If you think you may have a claim against Quest Diagnostics for misdiagnosis, contact the malpractice lawyers at Miller Zois at 800-553-8082.