How to Win Your Accident Claim 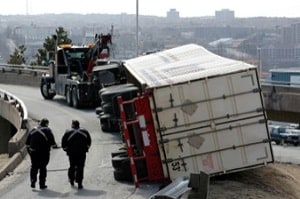 In 90% of the car accident cases that our law firm handles, responsibility for the accident is not in dispute. In these cases, there is no disagreement over who is at fault. The hot battle in those cases with the insurance company is how much the case is worth. Insurance companies see the world one way; our lawyers and our clients see it another when it comes to how much money is appropriate for fair compensation.

But not all cases unfold so easily when it comes to proving fault.. In every car, truck, or motorcycle accident claim, proving who was liable or responsible for the crash is going to be the single most important ingredient in winning the case.

If fault is contested by the at-fault driver's insurance company, you are in for a fight. In this battle, you need to use every weapon you can to prove that it is 51% more likely -- the standard in Maryland -- that the crash was caused by the other driver.

The purpose of this post is to discuss the weapons you will need to have at your disposal to win this fight.

Many liability disputes are what we call he said/she said. The stories cannot be reconciled; one of the parties to the accident is hopelessly confused or, more bluntly, lying. Truly independent witnesses almost invariably break that tie. We had a case once where our client was, to put it mildly, not particularly credible and the defendant appeared extremely credible. A ten year-old boy who witnessed the accident broke the tie.

You want to get witness statements that help you early. You also want to get those statements before the other side has a chance to manipulate their stories. Witnesses are funny, sometimes their greatest sympathies lie with the person who calls them first.

In many cases, the best tactic is to get a third party -- typically an independent private investigator -- to get the statement from the witness and, best case scenario, get a written statement of their version of the crash that supports your theory of how the crash happened.

Motor vehicle crash accident reconstruction is the scientific process of examining the physical evidence at the scene of the collision to draw conclusions about what must have happened.

These experts look at visibility, black boxes, steering angles, acceleration, skid marks and a host of other things that can turn a he said/she said case into one where physical evidence proves the other driver was at fault.

Often, the police will do some of this work for you. But you cannot trust the police will do it. Moreover, the quality of accident reconstruction in Maryland police departments varies wildly. Some are fantastic and as good as the experts we hire. But some are absolutely awful. More to the point: you may need an accident reconstructionist who is on YOUR side, not a neutral from the police department.

If you need an accident reconstructionist involved in investigating the accident, you need to get one involved early. This type of evidence can disappear fast.

One thing you can do for yourself: take pictures. Lots of them.

Police reports are important. But the police officer's opinion as to who is at fault for the accident is rarely important.

The police officers opinion as to who was at fault for the accident is also rarely relevant at trial. The police do not always understand the Maryland civil traffic laws -- they certainly do not fully comprehend a pedestrian's right in a crosswalk -- and their opinion as to fault is not relevant to your case.

What is relevant in the police report is the information it provides. It gives you the information on witnesses, pictures, written statements from the parties and/or witnesses, and the details about the defendant which are all critical informational pieces in establishing blame.

Many Maryland police reports leave a lot to be desired. Sometimes police are too busy -- particularly in Baltimore City -- to take the time that they should to get all of the details correct. So they are loaded with mistakes.

Many Maryland lawyers and insurance adjusters make assumptions about what the law is. They often prefer the law that sounds right to them over the Maryland Transportation Code.

But the code carefully delineates the rule that drivers must follow and clearly covers 99% of Maryland traffic accidents. Sometimes what people think is the law and what the law actually is are two very different things. Our lawyers know the law. Sometimes, it is amazing the extent to which the police officers and the insurance companies do not.

It is also important to look for violations of the law by the defendant even if they do not appear to be directly related to the crash. We had a he said/she said red light/green light case a few years back where the truck driver violated another important safety law that really had nothing to do with the accident. We were able to get this violation into evidence. The jury told us after the trial -- a $1 million award in a broken leg case in Baltimore City - that the violation was a key reason why they did not believe the defendant.

There are a host of other weapons we can use at trial to win disputed liability cases. We can subpoena work records, cell phone records, witness statements, and documents of all sorts that can advance our version of the case. But the list above is the things you can do right way, from the very beginning to establish liability so that you do not even need to prove fault at trial.

Who Determines Fault in a Car Accident?

The determination of what drive was “at-fault” in a Maryland auto accident is made based on statements from the involved drivers, witnesses, and other evidence. The first person to weigh in on who was at-fault is usually the police officer who responds to the accident scene and makes a finding of fault in the accident report. Afterwards the insurance companies and their adjusters get to make their own decision as to who was at fault. The final authority to determine fault in accident cases rests with the court.

How is Fault Determined in an Accident?

Do Police Accident Reports Say Who was “At-Fault”?

Yes. The standard police accident report form used in Maryland has a section in which the officer submitting the report is supposed to give his finding as to which driver was at-fault or primarily responsible for causing the accident.

Should I Admit Fault After a Car Accident?

You should never willingly admit fault after a car accident. Even if you were clearly to blame for the accident, there is no benefit to making any sort of admission at the accident scene.

Should You Go to the Hospital After a Minor Accident?

Its probably a good idea to go to the hospital anytime you are in a car accident, even if you don’t feel injured. Sometimes it takes awhile before you start to feel pain from the type of neck and back injuries that are common in car accidents. If you don’t go to the hospital immediately after an accident, the insurance company will claim that you were not truly injured and it could be more difficult to get a fair settlement.

Getting a Lawyer to Lead Your Fight

Our lawyers have been fighting for victims in accident cases in the Baltimore-Washington, D.C. are for over 100 combined years. We know how to put these claims together, work with police, the witnesses, and the medical experts in order to put these cases in a position to win.

You need an experienced Maryland accident lawyer on your side. Call 800-553-8082 or get a free on line case review.