A Look at Medical Malpractice Claims Involving this Hospital 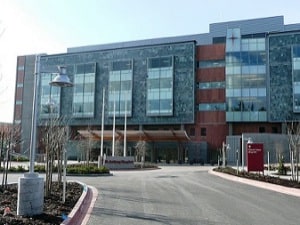 Peninsula Regional Medical Center is a 400-bed hospital located in Salisbury, Maryland, the largest city in Maryland's Eastern Shore. It is positioned on the Eastern Shore between the counties of Somerset, Worcester, Dorchester and the state of Delaware. It is part of the Peninsula Regional Health System, which includes a number of outlying clinics. It was established in 1897, and now has over 3,000 employees (one of the largest employers in Salisbury). It has over a half a billion dollars in assets.

Peninsula Regional caters to much of the Eastern Shore and provides diverse services including emergency medicine and traumatic critical care, obstetrics (with over 2,000 births per year), cardiac care, a cancer center, orthopedic services and a wide variety of surgical procedures.

It is particularly proud of its Peninsula Institute for Laparoscopic and Robotic Surgery, where they perform 1,500 laparoscopic and robotic surgeries per year.  In 2018, these robotic surgeries now utilize the da Vinci Xi surgical robot, and Peninsula Regional advertises that its doctors are highly trained in its use. We know that hospitals enjoy advertising the robotic surgeries, thinking that it makes them "cutting edge." (Our lawyers know that patients should ask a lot of questions about the actual experience level of those doctors on these robots before agreeing to surgery.)  PRMC was also named in 2018 as a 5-Star recipient from Healthgrades in both C-section and vaginal deliveries.

Though it is traditionally thought of as a conservative jurisdiction, Wicomico County is on the rise, and personal injury verdicts are improving. There has been a number of six- and seven-figure medical malpractice settlements and verdicts in recent years. For serious cases, lawyers should have no qualms about placing their cases before a Wicomico County jury.

For a small hospital, it is seems to have more than its fair share of medical malpractice lawsuits:

Verdicts and Settlements that Involved Peninsula

Lawyers and their physician experts need medical records in order to determine whether you have a medical malpractice lawsuit. If you want to order them yourself, records from Peninsula Regional Medical Center can be obtained from: