Where Does Nursing Negligence Occur? 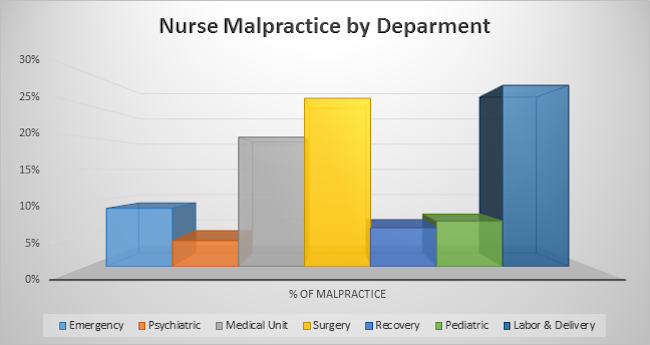 How Does Nursing Malpractice Occur?

Each individual case of nursing malpractice tends to be highly fact specific and unique. However, there are enough general commonalities among nursing malpractice claims to group them into categories. The categories are generally defined by the particular type of nursing negligence alleged: (1) communication; (2) drug errors; (3) intervention; (4) assessment; (5) doctor care; and (6) environmental safety. The chart below shows the rate of occurrence for each category of nursing negligence followed by a more detailed discussion of each type. 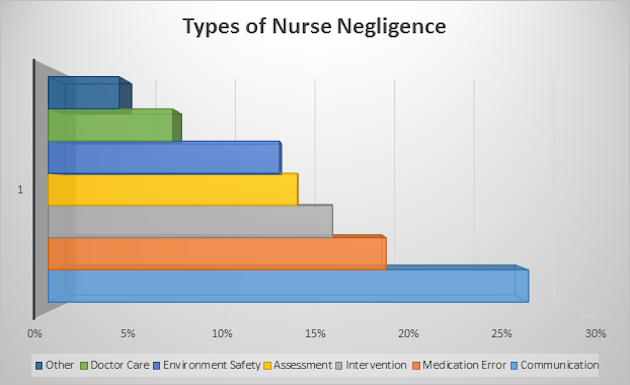