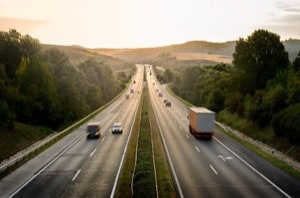 Any car accident is risky. We have seen death cases at very low speeds with small amounts of property damage. But freeway accidents that occur on interstates and highways are a far greater concern. Motorists traveling at a high rate of speed, as most of us do on highways, create immense impact when they collide. If you or someone you love has been in a collision while on the freeway, you know first-hand how scary an experience like this may be.

Freeway accidents are an especially deadly type of car accident. As motorists accelerate around bends and maintain a high level of speed to stay with the flow of traffic, the danger of fatal crashes becomes extremely high.

One turn that is too wide or one moment of inattention can have devastating consequences. These accidents often mushroom into multi-car pileups because of the traffic congestion typically found on highway roads. When freeway accidents occur, every motorist on the highway is at risk of a high speed, high impact collision that may be fatal.

Maryland alone has 16 interstate highways. And of the 461 fatal crashes occurring a few years back, an amazing 383 occurred on an urban interstate.). That is a staggering statistic that indicates that motorists are at the highest risk of death when traveling at high speeds on major highways and freeways.

When Are Highway Accidents The Most Deadly?

The following are examples we see in highway accident reports that involve serious or wrongful death accidents:

Mary is heading up I-95 to go home to New Jersey after a week in Florida with her 4 friends. She just bought a new mini-van and is excited to travel up to New Jersey with a few friends who can take advantage of the spacious vehicle. Even though the vehicle is larger than average and contains her 4 girlfriends, Mary does not think that should stop her from having some fun behind the wheel. And by fun, Mary means going fast. 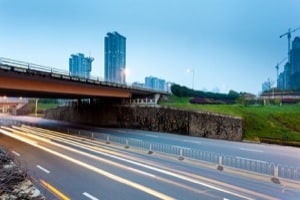 Mary has been driving on interstates for years now and thinks that she has the rules of the road down pat. According to Mary, even though the speed limit says 65 MPH, she doesn’t think anyone would pull her over for going, say, 80 MPH. With that in mind, she leaves sunny Miami and heads for I-95 North. After making a great time for the majority of the trip, Mary hears a loud clap of thunder and driving rain begins to dump down onto the windshield as she passes Baltimore on I-95. As Mary’s windshield wipers wipe away the rain, she sees a 65 MPH speed limit sign. Mary, according to her understanding of the rules of the highway, translates that to mean that the speed limit is 80 MPH. So, Mary thinks, why not go 85 MPH? (Do you think this happens? Spend about 3 minutes on 95. You will have your answer.)

As Mary steps on the accelerator and flies down the left lane of traffic, she sees what looks like a million lights in the distance, but it is tough to tell with the rain coming down. Not thinking it is worth slowing down, she continues her high rate of speed down the wet interstate. As those red lights become closer and closer, Mary realizes what kind of lights they are: brake lights. She is now fast approaching those lights and is forced to try to stop at the last minute to avoid hitting the vehicle stopped in front of her.

She swerves without looking into the middle lane of traffic in an attempt to avoid rear-ending the vehicle. As she switches lanes, she collides with another vehicle, causing both to spin across 3 lanes of traffic. Mary leaves the accident unscathed, but the vehicle she hit was sent head-on into a concrete wall. Both occupants suffered severe neck injuries and facial lacerations. Since Mary was speeding and failed to keep a proper lookout, the injured occupants are going to be entitled to compensation.

What Kinds of Freeway Crashes Lead to Large Settlements?

The first thing any victim of a serious accident wants to know is: Can I be compensated and if so, for how much? These are the right questions to be asking. The civil justice system can only do one thing for you: provide monetary compensation. Our job, quite bluntly, is to get you as much money as you can for the suffering you have endured.

In answering the first question, a victim of an accident can normally only be compensated if the other driver was somehow at fault, whether negligent or reckless, in the operation of his vehicle. If the victim was also negligent or reckless, the doctrine of contributory negligence in Maryland prevents any recovery.

In answering the second question, if the victim of the accident is not the one at fault, the degree of compensation awarded almost always depends on the severity of the injuries and insurance policies involved. More serious injuries require more expensive medical care, more time off from work, and cause more conscious pain and suffering. Those injuries that are less severe receive less compensation.

If the defendant is a trucking company, the concern about the insurance policies generally disappears. But if the at-fault driver is an individual with little - or even no - insurance, these claims require us to peel and peel the onion to find insurance.

Here are some examples of jury awards for victims of high-speed freeway collisions:

Related Articles and SamplesGetting a Lawyer for Your Claim

Being the victim of an auto accident is traumatic. We can only help you in one way: fighting to get you the compensation you deserve for your economic losses and, more importantly, your pain and suffering. You need an advocate to fight for you if your injuries are significant. Call Miller & Zois at 800-553-8082 or get a free case evaluation online.

Freeway Accident Claims
Client Reviews
★★★★★
They quite literally worked as hard as if not harder than the doctors to save our lives. Terry Waldron
★★★★★
Ron helped me find a clear path that ended with my foot healing and a settlement that was much more than I hope for. Aaron Johnson
★★★★★
Hopefully I won't need it again but if I do, I have definitely found my lawyer for life and I would definitely recommend this office to anyone! Bridget Stevens
★★★★★
The last case I referred to them settled for $1.2 million. John Selinger
★★★★★
I am so grateful that I was lucky to pick Miller & Zois. Maggie Lauer
★★★★★
The entire team from the intake Samantha to the lawyer himself (Ron Miller) has been really approachable. Suzette Allen
★★★★★
The case settled and I got a lot more money than I expected. Ron even fought to reduce how much I owed in medical bills so I could get an even larger settlement. Nchedo Idahosa
View More
Submit a Law Firm Client Review
Our Firm ›
Attorneys ›
Medical Malpractice ›
Personal Injury Practice ›
Communities Served ›
Injury Victim Help Center ›
Plaintiff Attorney Center ›
Insurance Company Insight ›