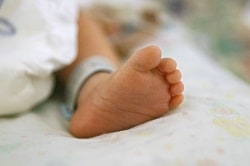 Intrauterine growth restriction (IUGR or FGR) is when a baby is growing poorly in the mother's womb during pregnancy, defined as weighing less than 90% of other fetuses at the same gestational age. An IURG baby fails to achieve its genetically determined growth potential. It is the second leading cause of perinatal death.

In cases that result in a meritorious malpractice claim, the doctors did not take action when the fetus is at risk of not growing in the appropriate expected range.

What must a doctor do? That is the key question in every intrauterine growth restriction lawsuit. The answer depends on the severity of the IUGR and the other symptoms that the mother has that show a concern that the baby is at risk for hypoxia. Close monitoring -- such as regular ultrasounds and weekly nonstress tests -- to diagnose and treat intrauterine growth restriction may be warranted, particularly in the third trimester. The mother might also need to be hospitalized for continuous monitoring.

Finally, there are many cases where IUGR reaches a critical mass and the obstetrician is compelled to perform an immediate C-section delivery, particularly if the mother is carrying twins. Sometimes, doctors just do not diagnose IUGR. But our birth injury lawyers see far more cases where the IUGR is properly diagnosed by the obstetrician and the nurses just did not take the risk seriously enough to prevent a birth injury.

The big fear with IUGR is the same fear we always have with kids in utero: not enough oxygen. In this case, the oxygen the baby gets comes from the placenta. Deprivation of oxygen is a leading cause of neonatal fatality and can also cause disabilities like cerebral palsy and other physical and mental injuries that result in long-term developmental delays or permanent injury or death.

Intrauterine growth restriction is when the baby is in the bottom 10% of growth for a fetus of the same age. Fetal growth restriction is not always a problem. Some of these fetuses are constitutionally small because their parents are small. But it is a concern if the child is abnormally small because some problem or abnormality prevents cells and tissues from growing or worse, causes cells to get smaller. Usually, the culprit is a lack of nutrients and oxygen needed for the proper development of organs and tissues. Infection can also be a cause.

Can IUGR be misdiagnosed? Yes. But in our birth injury lawyers' experience, the misdiagnosis is failing to understand the gravity of the condition as opposed to the doctor being completely unaware of the intrauterine growth restriction.

When to Deliver Baby with IUGR

The critical question is when to deliver an IUGR baby. If the child is not getting enough oxygen or nutrients from the placenta, it will get worse as the child gets larger and the demands for sustenance grow. Trying to get more days out of the pregnancy is often a foolish choice when the doctors should be delivering the child before the fetus suffers some hypoxic event that causes catastrophic injury or death.

Constitutionally Small Is Not Always an Answer

In the intrauterine growth restriction malpractice lawsuits our lawyers often see, doctors blow off clear signs and symptoms of IUGR by saying the fetus is just "constitutionally small." This means that it is just a small baby which does not present a risk to the child. This is often misdiagnosis of IUGR. The key is for doctors to be able to tell the difference between a baby that is just tiny because it is genetically small and a fetus that is not properly growing because of an underlying pathologic condition.

There are two types of IUGR: asymmetrical and symmetrical. Over two-thirds of the cases are asymmetrical, which means that the body size of the fetus lags behind the head size. This is the less serious of the two, although it still comes with risk, the biggest of which is probably preeclampsia in the third trimester.

Symmetrical or global growth restriction IUGR is often more serious because the child's head is also not growing at the desired rate and the reasons for that are of greater concern. Fetuses with symmetrical IUGR typically show signs and symptoms of a problem earlier in the pregnancy than with asymmetrical IUGR.

One cause of IUGR in twins is called a twin-twin transfusion. This is when twins are sharing a placenta and one twin is getting a greater share of the oxygen and nutrients at the expense of another. With the explosion of multiple births in recent years, our birth injury attorneys are seeing more twin-twin transfusion syndrome cases.

What If the IUGR Was Caused By Something I Did?

This is sometimes a sensitive question in these cases. Intrauterine growth retardation or restriction can come from a specific, known cause or an unspecific, unknown cause. There are many factors that can contribute to IUGR:

Obviously, the first three are not the mother's fault. But the last two, substance abuse and, to a lesser extent, poor nutrition, are avoidable risk factors. It does not help your child's potential malpractice case if your lifestyle choices contributed to your child's IUGR. But they do not kill you or your child's case either. Ultimately, the key is what the doctors should have and could have done once they suspected IUGR, not how the problem began in the first place.

Below are sample settlements amounts and jury compensation payouts in IUGR cases. These underscore one thing that is certainly true: viable claims with serious injuries lead to big settlements. But keep in mind we have included just plaintiffs' verdicts, not cases where the doctor prevails. Moreover, every case is different. A result in one case cannot guarantee or even predict the result of another. Juries are mercurial and there are just too many factors that determine which way a case will go. Still, we think these are helpful in better understanding the potential settlement compensation for these claims generally.

The doctors in these cases hide behind the fact that there is still some confusion in the diagnostic criteria for IUGR. But that obfuscates the real issue. If there are signs and symptoms of a baby that is not getting the oxygen and nutrients in needs, no one cares what you call it. Intervention is required to save that child (or children as we see often with IUGR with multiples). 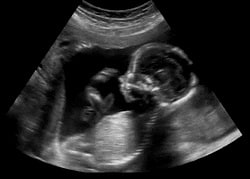 Can IUGR Be Treated?

There is no singular treatment or drug that can resolve an IUGR pregnancy. However, doctors can manage the impact of IUGR by prescribing medications to increase maternal blood flow. Doctors can also manage IUGR by treating other pregnancy complications that could be contributing to it.

Is IUGR a High-Risk Pregnancy?

IUGR pregnancies should generally be considered “high-risk” and warrant additional prenatal monitoring and care. Additional ultrasounds and nonstress tests should be done to monitor IUGR and determine if medical intervention is necessary. Failure to perform appropriate prenatal monitoring of IUGR pregnancies can lead to medical malpractice claims.

IUGR does not always require that the baby be delivered early. However, doctors must take the risk of IUGR seriously and carefully monitor the baby, especially in the later stage of pregnancy. If there are indications that IUGR is reaching a “critical mass” and endangering the baby the doctor should intervene with an emergency C-section delivery.

Experts Who Have Named for Plaintiffs in IUGR Cases

This will give plaintiffs' lawyers a starting point in finding experts who can certify or testify in intrauterine growth restriction cases. These are not experts that we have ever used at the time of this posting. Our birth injury lawyers do not share the experts we use online although we will be glad to tell you privately the experts who have testified for our clients.

If you want a lawyer to fight for you and your child, call our birth injury medical malpractice lawyers at 800-553-8082 today or get a free, no-obligation online consultation.

More Birth Injuries
Birth Injuries
Client Reviews
★★★★★
They quite literally worked as hard as if not harder than the doctors to save our lives. Terry Waldron
★★★★★
Ron helped me find a clear path that ended with my foot healing and a settlement that was much more than I hope for. Aaron Johnson
★★★★★
Hopefully I won't need it again but if I do, I have definitely found my lawyer for life and I would definitely recommend this office to anyone! Bridget Stevens
★★★★★
The last case I referred to them settled for $1.2 million. John Selinger
★★★★★
I am so grateful that I was lucky to pick Miller & Zois. Maggie Lauer
★★★★★
The entire team from the intake Samantha to the lawyer himself (Ron Miller) has been really approachable. Suzette Allen
★★★★★
The case settled and I got a lot more money than I expected. Ron even fought to reduce how much I owed in medical bills so I could get an even larger settlement. Nchedo Idahosa
View More
Submit a Law Firm Client Review