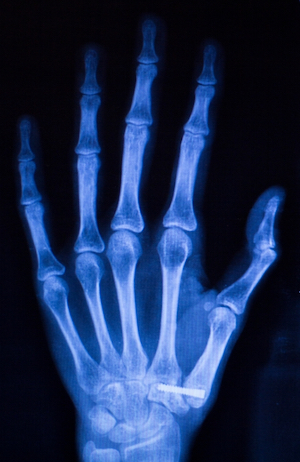 Our lawyers will walk you through the statistics on hand, wrist, and finger injuries for various types of accidents and how we interpret these statistics to help you better predict ranges of compensation for your case.

We also look at actual settlements and verdicts in cases involving hand, finger, and wrist injuries.

How much should you expect for your hand, wrist, or finger injury personal injury claim? There is no settlement calculator where you punch in numbers and it spits out a payout amount. The value depends on the type of injury and its severity.

The hand is an incredibly complex body part. It is a fine-tuned piece of engineering that allows us to do everything from playing the violin to constructing buildings. Together, the hand and wrist have an astonishing 27 bones. Injuries to the hand and wrist can result in permanent disability, particularly if the injury is to the dominant hand.

The hand is one of the most commonly injured body parts in workplaces. Except for back injuries, hand injuries are the most common type of nonfatal injury that caused injured workers and other victims to take time off from work. Trigger finger is an extremely common on-the-job injury.

Personal injury lawsuits, which is our focus, involving the hand, wrist, and fingers that our lawyers most frequently see in car accidents.

How Much Are Hand and Finger Injuries Worth?

According to national data, the average jury verdict in finger and hand injuries is approximately $630,000. The median verdict is approximately $70,000. This big gap tells us that some severe, life-altering hand injury cases have extremely high values but many smaller cases are not as debilitating.

Our lawyers have handled a large number of serious injury cases involving hands and wrists. These types of hand injuries are likely to have higher compensation payouts and tend to settle before or during litigation than going all the way to a verdict:

Medical Care Costs Do Not Always Reflect Pain and Suffering

Many of these surgeries are quick and easy compared to, for example, back surgery. But the cost of surgery does not indicate how much pain or impairment a victim suffers. The patient may undergo a low-cost surgery and be left with a hand that doesn’t properly function or causes pain, affecting their ability to work and their quality of life.

“These injuries are often high on pain and suffering yet low on medical costs.”

Sometimes jurors buy into the insurance company's argument. They see low medical bills, they wonder how bad the plaintiff’s injury could be. There is an argument to be made many verdicts would have been higher if plaintiffs had not asked for medical bills.

What is the solution to this problem? Take the medical bills out of the equation when you ask the jury for compensation. Often, our attorneys will not ask the jury for payment of the medical bills, which they often correctly assume is covered by insurance, and focus the jurors on the real harm in the case: what the victim has endured. This often leads the jury to a much higher compensation payout. Just as importantly, this tactic can often scare insurance companies into making a significant increase in their settlement offer before trial.

Sample Verdicts and Settlements in Hand and Finger Injury Cases 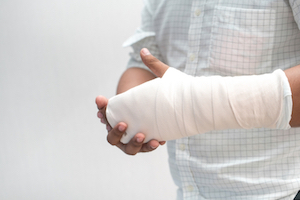 Below is a list of verdicts and settlements in hand injury cases, intended to give you a better idea of the value range of these cases. Some of these verdicts are Miller & Zois verdicts while others were handled by other lawyers in Maryland and around the country.

These are just a sampling of verdicts and it is difficult to compare any one case, given the multitude of factors that affect a case’s value and success. However, the hope is that this gives you a better idea of the potential trial and settlement value of hand injury claims.

Our lawyers have handled scores of hand injury cases on behalf of victims. These are some of the commonly asked questions about hand injury claims and their settlement value:

Do hand injury cases usually settle out-of-court before filing a lawsuit or going to trial?

Most hand injury cases settle before trial. As we discussed above, the problem with hand injury claims from a settlement perspective is that claims adjusters are often wedded to using the amount of medical bills as an anchor for the settlement value. Hand injuries typically involve more pain and suffering than most other serious injuries but typically have far lower medical bills associated with the injury.

Before a case goes to trial, insurance companies and their lawyers tend to review these things more realistically which results in a pretrial settlement.

But our attorneys file suit in most serious hand injury cases because the pretrial offers for compensation are typically not reasonable. In these cases, litigation is the only option for victims seeking to maximize the value of their claim.

What type of hand injury lawsuits have the greatest settlement value?

The hand injury claims with the highest average settlement value will be permanent injury cases. These are usually crush injuries where there is nonunion or malunion of a fracture (which is often from a delay in diagnosis of treatment).

But, again, the hand is complex. Sometimes small fractures do not heal and lead to lifetime complications. This is all the more true if the victim is already developing arthritis or nerve damage that puts the patient at even greater high risk for developing contracture and stiffness years later.

How do I maximize my settlement compensation payout for my hand injury claim?

This may appear self-serving. But the path to improving the worth of your injury claim is to hire the very best lawyer you can that has a track record of success in personal injury claims generally and hand injury cases specifically.

“Cost, profile, and postoperative resource use for surgically managed acute hand and wrist injuries with emergency department presentation” by Luke Steven Robinson et al., Journal of Hand Therapy, April 2020.
This study from Australia looked at the medical records of patients to calculate the cost burden of hand and wrist injuries in a particular health network. Researchers identified 226 patients whose treatment collectively cost $1,204,606. This underscores that beyond the pain and suffering that comes with preventable injuries, there is an economic cost to society as well. Injuries to the hand and wrist are typically preventable accidents, and present costs to the healthcare system and individuals.

“Global trends of hand and wrist trauma: a systematic analysis of fracture and digit amputation using the Global Burden of Disease 2017 Study” by Christopher Steven Crowe et al., Injury Prevention, March 2020.
Researchers in this study used data from the Global Burden of Disease Study, the most comprehensive study of injuries and diseases around the world. The authors begin by saying that though global mortality is decreasing, non-fatal injuries are on the rise. The study breaks down which regions of the world experience these injuries by type. This helps lawmakers and medical professionals better understand the problem and how to address it.

“The Acutely Injured Wrist” by Federico Bruno et al., Radiological Clinics of North America, 2019.
This article is an overview of wrist trauma written by experts. It discusses wrist soft tissue and bone injuries, as well as how they manifest in children with a focus on radiologic imaging. Images of wrist x-rays are included, allowing readers to visualize injuries.

Losing the use of your hand or having chronic pain is tough on the victim. The personal injury lawyers at Miller & Zois know that well because of our years of experience handling these cases.

Our attorneys fight to get our clients who have suffered severe hand injuries the money they deserve. Preferably by early settlement but we take these cases to trial when the insurance companies do not pay our clients what they should. Call us to discuss your auto accident, workers’ compensation, or other personal injury case at 800-553-8082 or get a free consultation online.

More Information on Settlement Value of Personal Injury Cases
Practice Areas
Client Reviews
★★★★★
They quite literally worked as hard as if not harder than the doctors to save our lives. Terry Waldron
★★★★★
Ron helped me find a clear path that ended with my foot healing and a settlement that was much more than I hope for. Aaron Johnson
★★★★★
Hopefully I won't need it again but if I do, I have definitely found my lawyer for life and I would definitely recommend this office to anyone! Bridget Stevens
★★★★★
The last case I referred to them settled for $1.2 million. John Selinger
★★★★★
I am so grateful that I was lucky to pick Miller & Zois. Maggie Lauer
★★★★★
The entire team from the intake Samantha to the lawyer himself (Ron Miller) has been really approachable. Suzette Allen
★★★★★
The case settled and I got a lot more money than I expected. Ron even fought to reduce how much I owed in medical bills so I could get an even larger settlement. Nchedo Idahosa
View More
Submit a Law Firm Client Review
Our Firm ›
Attorneys ›
Medical Malpractice ›
Personal Injury Practice ›
Communities Served ›
Injury Victim Help Center ›
Plaintiff Attorney Center ›
Insurance Company Insight ›